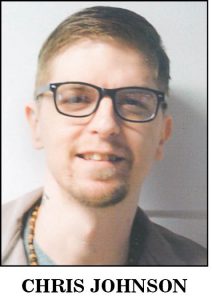 Plans for New Hope Initiative (NHI), a locally-based Christian prison outreach organization, have been delayed by unexpected personnel issues and a lack of funding, said founder and president Chris Johnson, an inmate at Alexander Correctional Institution in Taylorsville.

Johnson is still hoping to improve the lives of convicted felons, reduce recidivism (the likelihood they will offend again), and create better outcomes for all Americans, despite setbacks the organization has repeatedly endured.

NHI is a Christ-centered group, Johnson explained. It is a collective of felons and families of felons who believe in the need for major criminal justice reform. Across the United States, there are 2.5 million incarcerated individuals, 35 million ex-felons, and 7 million on probation or parole. Approximately 200 million people in the country are directly affected by inmate issues in some way. NHI is planning to set up several paths to help inmates, current and former, to reduce recidivism.

Rene Jester, Director of Operations for New Hope Initiative, said she is excited about the possibilities but New Hope needs volunteers to spread the word.

“We need people who can help with sharing our website and Facebook page, helping to get donations, to help at events when we have them, etc. So in other words, helping to do a lot,” Jester said.
First priority for NHI, Johnson said, is for New Hope to obtain non-profit status (an estimated cost of $600 for filing) and to communicate about New Hope’s Prisoner Potential program. He said this involves a “creative and promotional platform for all things prisoner talent, where inside we are assisting prisoners in using their talent to create, and outside we are displaying and promoting their work to the public to create healthy connections and solid opportunities using their gift for good.”

To fund NHI programs, the sale of X-Con Clothing, a line of apparel to help break down the stigma of “convict” or “felon” titles, featuring artwork and designs from felons and prisoners, is planned. “The design is ready to go and we have someone willing to print the shirts, but we need funding for the set-up fee,” Johnson noted.

To help bring a positive influence to inmates, NHI is establishing CONnections Central, a prison penpal website, to help connect inmates to people “on the outside.”
Another way to make inmates’ stories more relatable to the public is the launch of Prisoners’ Diaries, also planned on the www.realnewhope.org website.

To volunteer with New Hope Initiative or for more information about NHI, email info@realnewhope.org or email Rene Jester, r.jester@realnewhope.org. The NHI website has a new address: www.realnewhope.org or find them on Facebook at www.facebook.com/TheealNHRI. To reach NHI by phone, call 828-333-7644.

“I’m not asking people to devote their lives to this, just help in whatever way they can,” Johnson concluded.