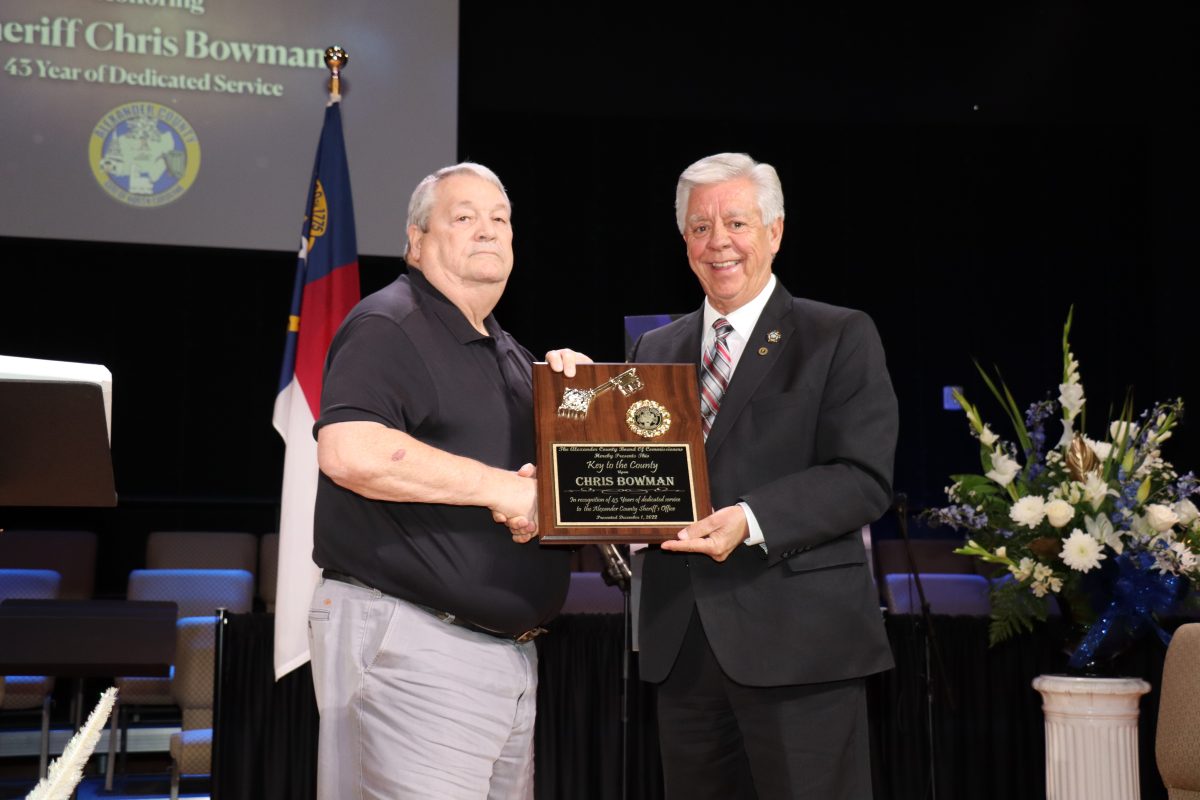 A retirement ceremony and reception was held for Alexander County Sheriff Chris Bowman on Thursday, Dec. 1, 2022, at East Taylorsville Baptist Church. Sheriff Bowman began his 43 year law enforcement career in Alexander County as a part-time patrol deputy in 1979, and advanced through the ranks of sergeant, detective, chief detective, and chief deputy. In October 2009, he was sworn in as Alexander County Sheriff to fulfill the unexpired term of Sheriff Hayden Bentley. In November 2010, Bowman was elected to serve as Sheriff, and was reelected in 2014 and 2018.

Amy Palmer, the Sheriff’s daughter, spoke on behalf of his family.

Bowman thanked his family and his fellow law enforcement officers for their support.
“I’ve been asked if I was ready for retirement — yes. I can already feel, it’s like a ton of bricks have been lifted off my shoulders… It’s time to come home to the
family,” Bowman commented.

Following the ceremony, a reception was held with refreshments in the church’s gymnasium. 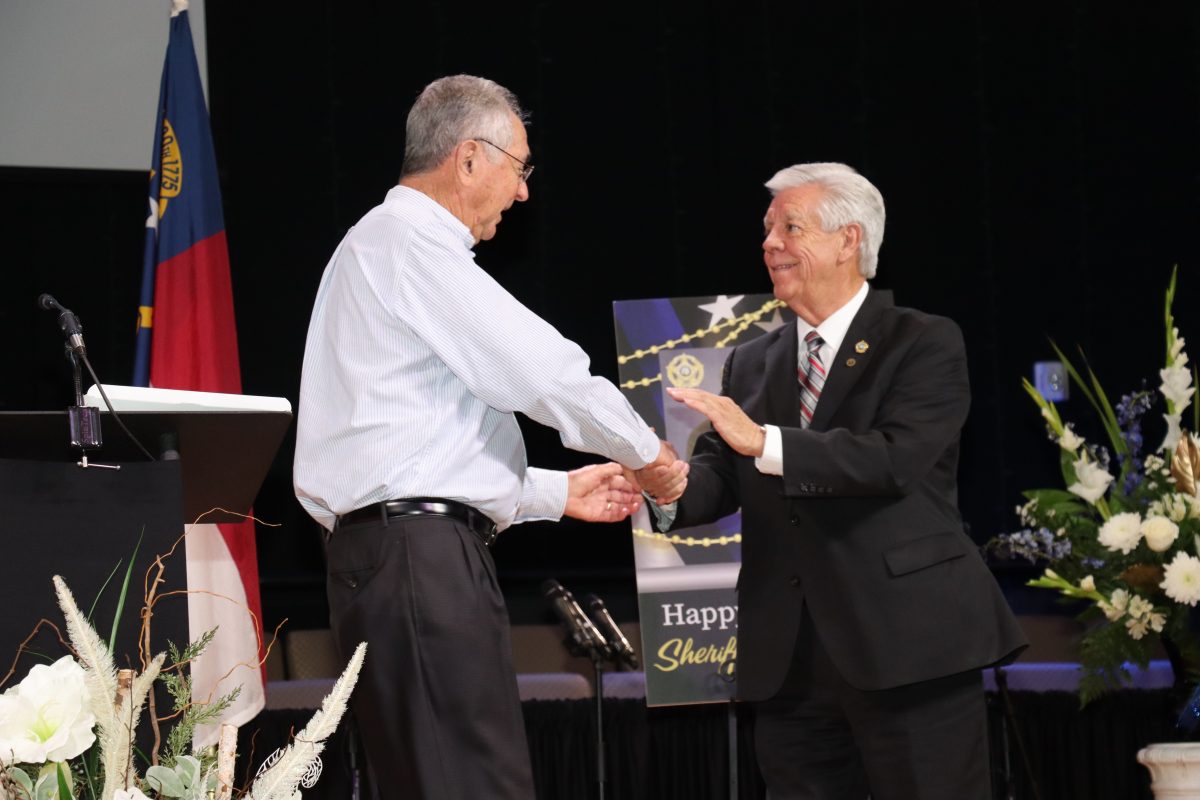 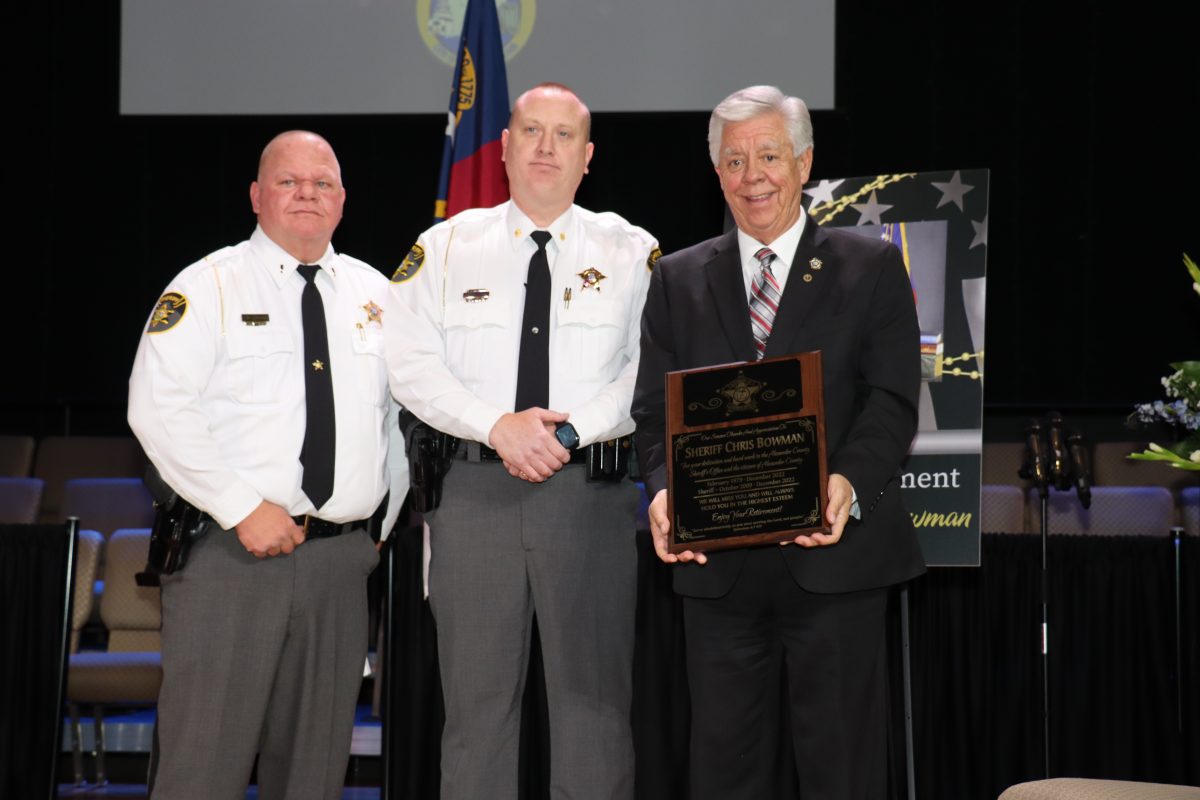 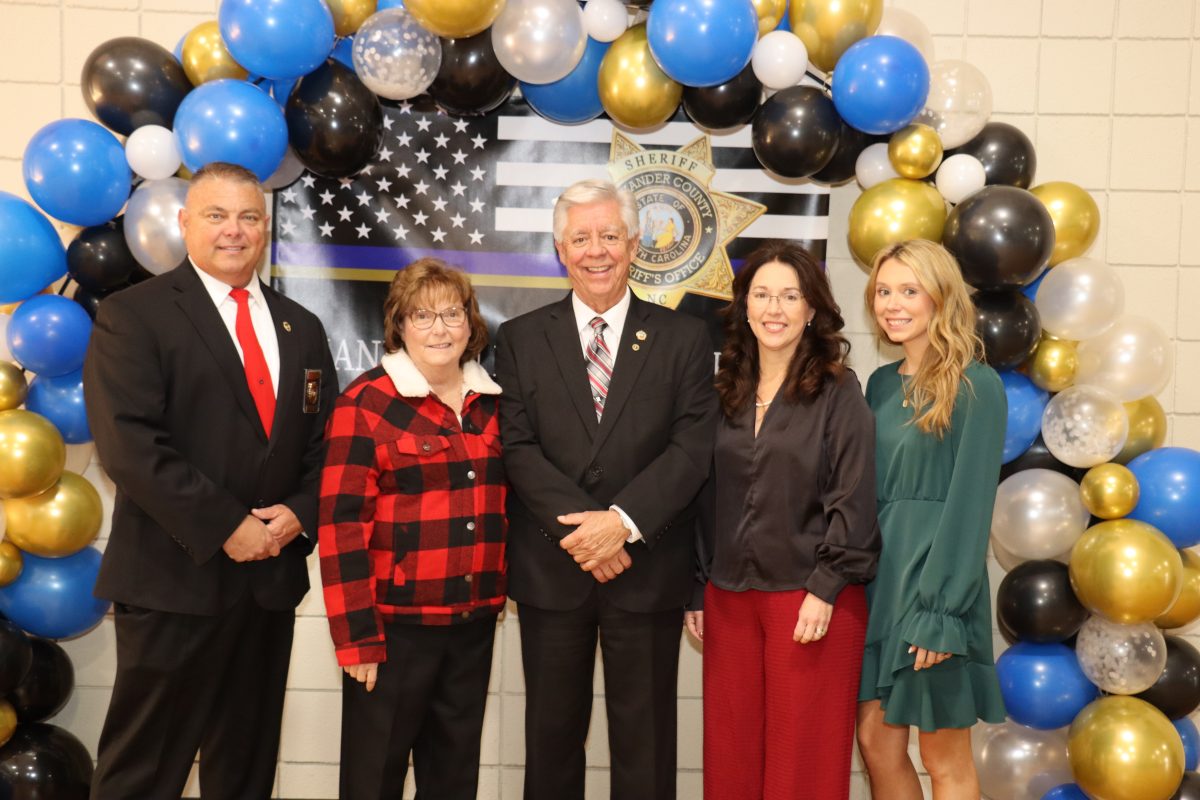