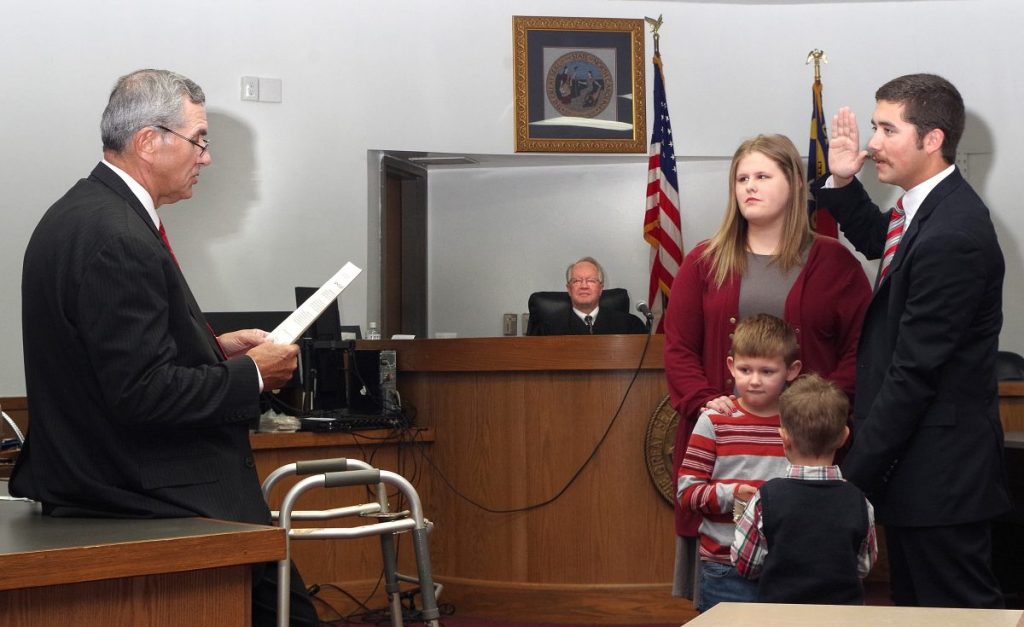 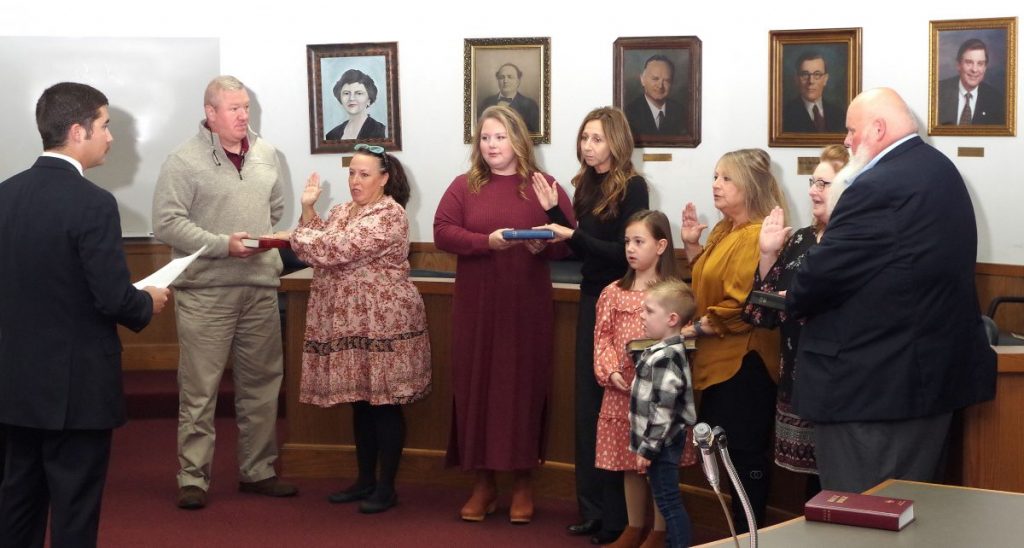 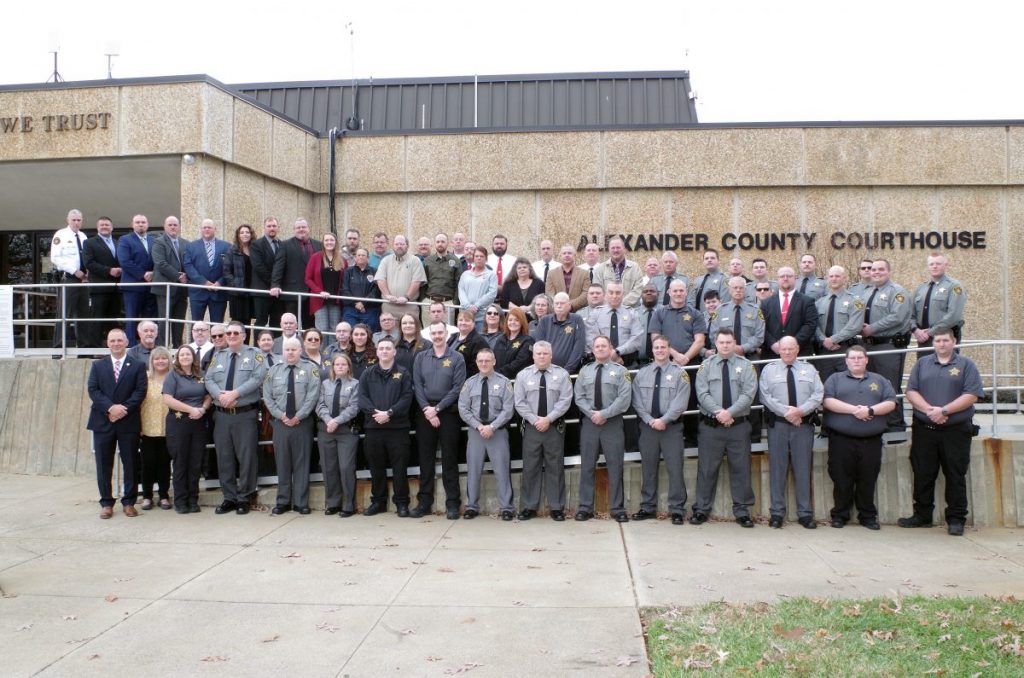 Sheriff Chad Pennell (front row, far left) is shown above with his deputies, detention, and telecommunicator staff after all received their oaths of office on Dec. 5, 2022. 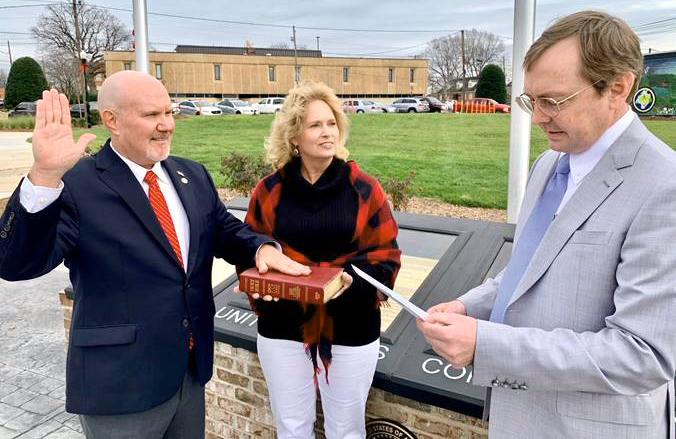 REGISTER OF DEEDS — On December 5, 2022, Superior Court Judge Will Long administered the oath of office to Alexander County Register of Deeds, Scott H. Hines, as Scott’s wife, Lisa, held the Holy Bible for the ceremony. The Honorable Judge Long is Superior Court Judge for Judicial District 22A, which includes Alexander County. Honorable Register Hines was re-elected to office on November 8 for another four-year term. The Oath of Office Ceremony was held at the Alexander County Courthouse Park by the Founding Documents—Constitution, Bill of Rights and the Declaration of Independence—and in the shadow of the U.S., North Carolina and county flags. Judge Long also administered the Oath of Office to the Register of Deeds staff–Deputies Dawn Martin Rudisill, Joshua Bowman, and Jonathan Barnes.