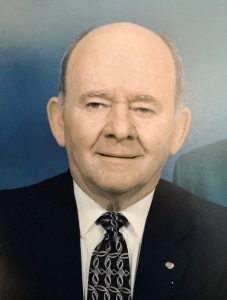 Fred was born on August 2, 1938, to the late Elbert Franklin Watkins and Polly Victoria Mitchell Watkins.

He served in the U.S. Army, Co. B, 19th Battalion, in Okinawa during the early 1960s and began work with the N.C. Department of Corrections in 1961, retiring in 1998 as the superintendent of Alexander Correctional Center. He loved to joke with friends about having spent 37 years in prison.

Fred loved to fish. He loved to golf and he could play nearly any musical instrument he put his hands on. Fred never hesitated to share his faith and served first as an elder at Wilkesboro and later at Liledoun Road Churches of Christ.

The family will receive friends in the fellowship hall at Wilkesboro Church of Christ, 1740 Curtis Bridge Rd, Wilkesboro, on Sunday, January 29, at 3:00 p.m. with the memorial service following in the sanctuary at 4:00 p.m. Bro. Johnny Hutchinson and Bro. Curtis Gilbert will be officiating.

Flowers will be accepted or memorials can be made to Alexander Senior Center, 730 Seventh St. S.W., Taylorsville, NC 28681.

There will be a family-led memorial service.