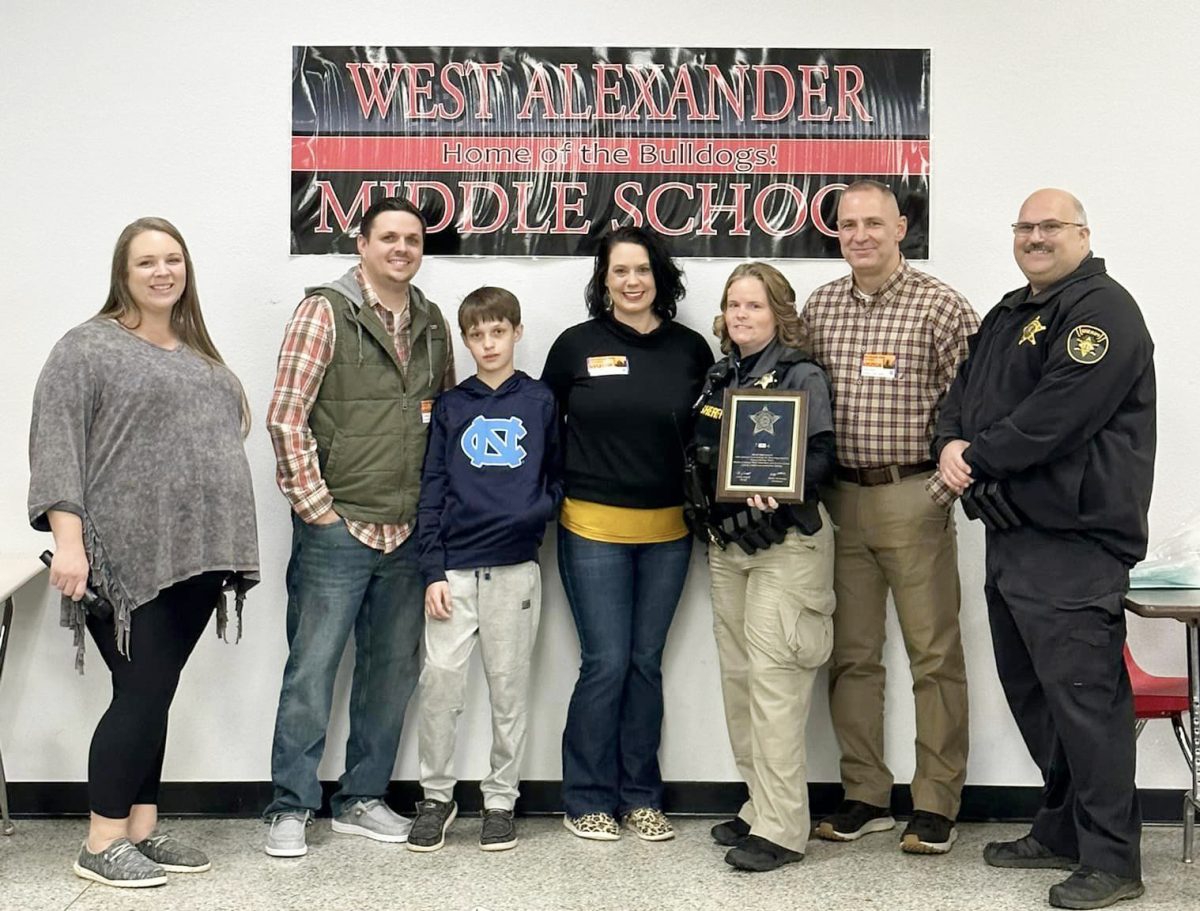 December 13, 2022, was a normal day in the cafeteria for sixth grade students at West Alexander Middle School. The cafeteria is typically a social place with students having some free talk time and teachers watching from the stage.

On this particular day, sixth grader Jaxen Hubbard, was eating his lunch, including a bag of goldfish crackers. He had the crackers in one hand and in his other hand, he was holding the cap to his water bottle. When Jaxen related the events of this incident, he says he wasn’t sure what happened, but somehow he must have put the water bottle lid in his mouth with a handful of goldfish.

He said he “felt like there was something in his throat.” His breathing and speech were obstructed, but he did not panic. He was able to signal to his teachers and communicate his need for help with his body language.

The camera in the cafeteria caught this all on video and shows the teachers patting him on the back and remaining calm.

Officer Watts said that when she entered the cafeteria, she could see Jaxen from across the room. She ran to him and could see that he was choking. She didn’t ask questions and began immediately administering the Heimlich maneuver in an effort to clear his airway.

Watts said it took somewhere between 5-7 abdominal thrusts before the water bottle lid projected out of Jaxen’s throat. It was a messy procedure, but a successful one.

Officer Watts has been the School Resource Officer (SRO) at West for a little over a year and prior to this assignment, she has served in law enforcement in a variety of capacities since 2008. She said this was the first time in her career that she had to perform the Heimlich maneuver.

Jaxen’s parents, Jenny and Chris Hubbard, were very appreciative of Officer Watts’ lifesaving actions used for Jaxen. They sent a “Thank You” letter to Officer Watts and sent this statement for The Times:

Watts later received a letter of commendation and a Lifesaving Award from Sheriff Chad Pennell. She said her normal duties typically include constant perimeter checks, checking on classrooms, and building relationships with students. She said West Alexander is “a wonderful school.”

When asked about Officer Watts, Assistant Principal Miss Jessica Mundy said, “Watts is always first on the scene.” She is obviously a valuable resource to the staff and students at West Alexander Middle School.