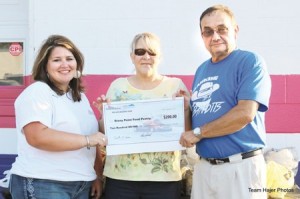 FUNDS FOR FOOD MINISTRY — The September 6, 2016, Race Against Hunger at Pollard Raceway Park, between First Community Bank and Taylorsville Savings Bank, assisted the Stony Point Christian Ministries. Mitzi Bumgarner, left, and Tim Keever, right, presented Tina Bombria (center), Director of the outreach in Stony Point, with a symbolic check representing the funds raised for the benefit race. A monetary total of about $400 was received along with some 320 pounds of non-perishable food. 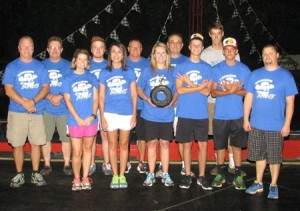 The fifth Race Against Hunger Tuesday, September 6, 2016, at Pollard Raceway Park provided some $400 for Stony Point Christian Ministries along with 320 pounds of non-perishable food.

Kim Wilcox of Taylorsville Savings Bank won the first 15-lap segment and her team expanded their points totals in the second and third segments to claim the benefit race victory.

The next race is scheduled for Tuesday, September 13 at 6 p.m. at Pollard Raceway Park, which is located on NC 90 East behind the former Harry Gant Steakhouse (Cheffey’s restaurant). 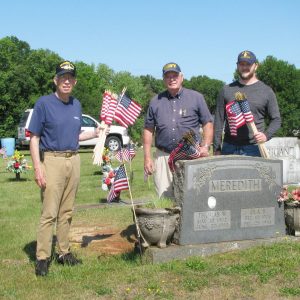