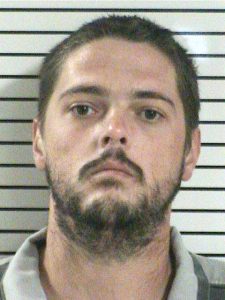 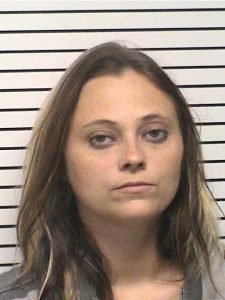 A Taylorsville man is being held under a million dollar bond and faces a charge of statutory rape of a 7-year-old child, and the mother of the child has also been charged in connection with the case (see UPDATE below).

Iredell County Sheriff Darren Campbell stated that on Saturday, July 22, 2017, deputies responded to a call on Olin Loop Road, Olin, to a report of a possible sexual assault. Once on scene, deputies found the victim was a 7-year-old female who had obvious injuries consistent with a sexual assault. Detectives responded to assist at 1139 Olin Loop Road, Olin.

Detectives conducted an interview with the mother of the victim and learned that she has four children, two with the suspect, Brentley Jason Byers, age 28, of 373 6th Street SW, Taylorsville. The mother stated that she had left the home on Friday, July 21, around 7 a.m. to go to work and didn’t return until Saturday, July 22, around 1 p.m.

It was determined that Byers was initially left with all four children, but another family member had come by late on Friday, around 5 or 6 p.m., and picked up two of the children from the home. Indications were that the crime occurred during the night when only two small children and the suspect were in the home.

The scene was secured and a search warrant was obtained to search the residence. Evidence found during the search supported and was consistent with a sexual assault. All evidence located was collected by Crime Scene Investigators who spent hours searching the home. Evidence included clothing that was found in the washing machine, which is suspected to have been an attempt dispose of evidence.

The seven-year-old victim was transported by Iredell County EMS to Brenner Children’s Hospital in Winston-Salem. The victim has suffered extensive injuries from the assault. It is believed the victim will need surgery due to the injuries, and is currently still in the care of medical personnel.

Brentley Jason Byers was arrested and charged with Statutory Rape of Child by Adult. He was taken before Magistrate P. Tutterrow, who set a $1,000,000 secured bond and a pending court date in Iredell County District Court. This investigation is ongoing and more charges are likely, according to Sheriff Campbell.

UPDATE: Sheriff Campbell stated on Wednesday, September 13, that after further investigation into a felony child abuse case that occurred in July and took place at 1139 Olin Loop in Olin, additional charges have been filed. Additional evidence was obtained that lead to charges being filed against Brittany Jean Blackwelder, age 26 of Old Landfill Road, Taylorsville, who is the mother of the seven year old victim.

She was arrested and charged on September 12, 2017, with Felony Child Abuse – Sexual Act. Brittany Blackwelder was given a $100,000 secure bond.