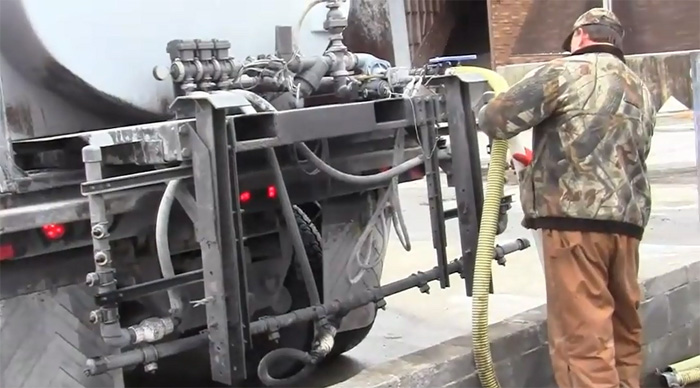 A winter blast is approaching the area, so Department of Transportation crews in Division 12 (Alexander, Catawba, Cleveland, Gaston, Iredell, and Lincoln counties) are mobilizing to treat interstates and primary divided roads today. The division maintains more than 12,700 miles of primary and secondary routes. More than 200 employees are trained to respond to winter weather.

Crews will treat road surfaces with brine, a salt-water mixture that helps keep ice from bonding to the pavement. Brine is also cost-effective, costing about 15 cents a gallon to produce. One mile of a single lane of road can be treated for about six dollars.

Motorists are advised to slow down, be patient and give room for vehicles treating the roads, which should continue throughout the day.

Additional information, including details about severe weather and safety tips for motorists, is available on NCDOT’s website.

According to the National Weather Service, the following is forecast for Thursday night (Dec. 7) through Sunday (Dec. 10):

Friday: chance of rain and snow before noon, then rain likely. Patchy fog before 8am. Otherwise, cloudy, with a high near 39. Northeast wind around 5 mph becoming calm in the afternoon. Chance of precipitation is 60%. New snow accumulation of less than a half inch possible.

Saturday: 20 percent chance of snow before 9am. Partly sunny, with a high near 43. Calm wind becoming west southwest 5 to 7 mph in the afternoon.

Saturday Night: Mostly clear, with a low around 23. West northwest wind around 8 mph.

Sunday Night: Mostly clear, with a low around 22.