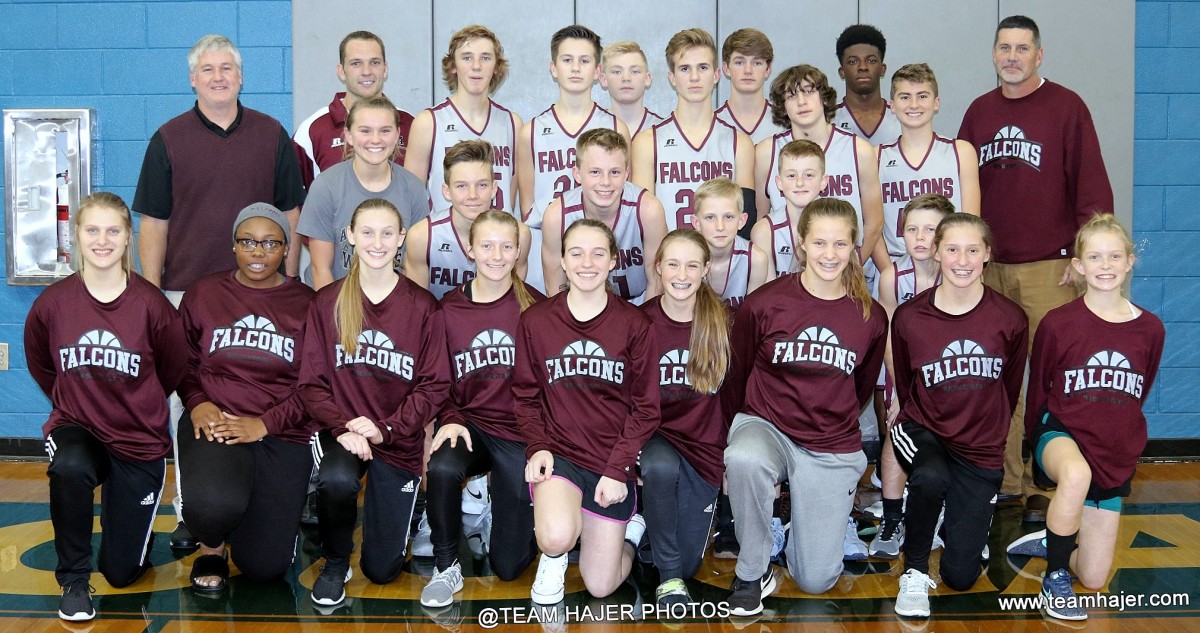 All four county teams have opening round byes in league tourney

The East Alexander Girls and Boys Basketball Teams closed the books on matching 10-0 regular seasons with a doubleheader sweep over West Alexander on Wednesday, December 6, at the ACHS Cougar Den. 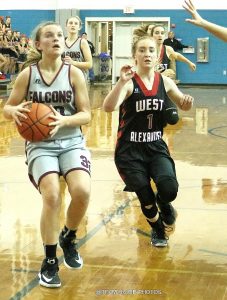 East’s Chesney Stikeleather drives to the basket while West’s Julianna Walter gets back on defense.

The East Alexander Lady Falcons outscored West 8-2 in the third period and held off the Bulldogs in the fourth stanza to win 30-25 and complete the regular season sweep over their rivals from Bethlehem.

With the win, East improved to 10-0 and will be the top seed in the NW Middle School Post Season Tournament. West Alexander is the second seed. Both teams will earn first round byes and will open play December 12.

In the nightcap, East managed to thwart a late West Alexander charge to secure a 45-35 win and a perfect 10-0 regular season. 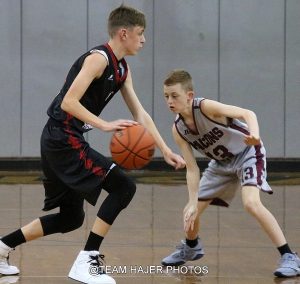 East built a 21-12 lead over West at the half. However, West stormed back in the second half behind the outside shooting from Avery Cook. Cook drilled five three pointers in the second half as West rallied late to get back into the game.

Down the stretch, East guard Evan Presnell converted five of six free throws to seal the win for the Falcons.

Presnell and Russell Frasier led East with 10 points apiece, while John Erkman tallied eight points. For West, Cook scored 17 of his game-high 19 points in the second half.

East will be the top seed in the post season tournament after earning an unbeaten regular season. West is the #2 seed in the boys tourney. Both local teams earn first round byes and will open play on Tuesday, December 12, at Gamewell Middle School.