Business is turning 100, fundraiser will give back to Town

Turning 100 is a momentous occasion, and the owners and staff of Peoples Drug in Taylorsville have laid out plans for a year-long celebration of the local landmark store.

Phil Icard, owner, noted that the store was founded in late 1918 by pharmacist Rowe B. Campbell, Sr.

The store has been known for its customer service and forward-thinking strategies to help its clientele. Peoples Drug was one of the earliest stores in town to have telephone service, air conditioning, drive-thru service, robotic prescription filling (allowing staff more conversational time with customers), etc. today, they continue to offer personal service with knowledgeable staff through health checks, flu shots, and more.

Icard said one of the earliest records he had found of Peoples Drug promotions was from December 1923, when each 25-cent purchase made customers eligible for a automobile giveaway.
And in this, their centennial year, Icard and the Peoples Drug staff will give away a new Ford Focus car to a lucky customer this November. To be eligible, each prescription filled at Peoples Drug gives a customer a chance to win the new car. 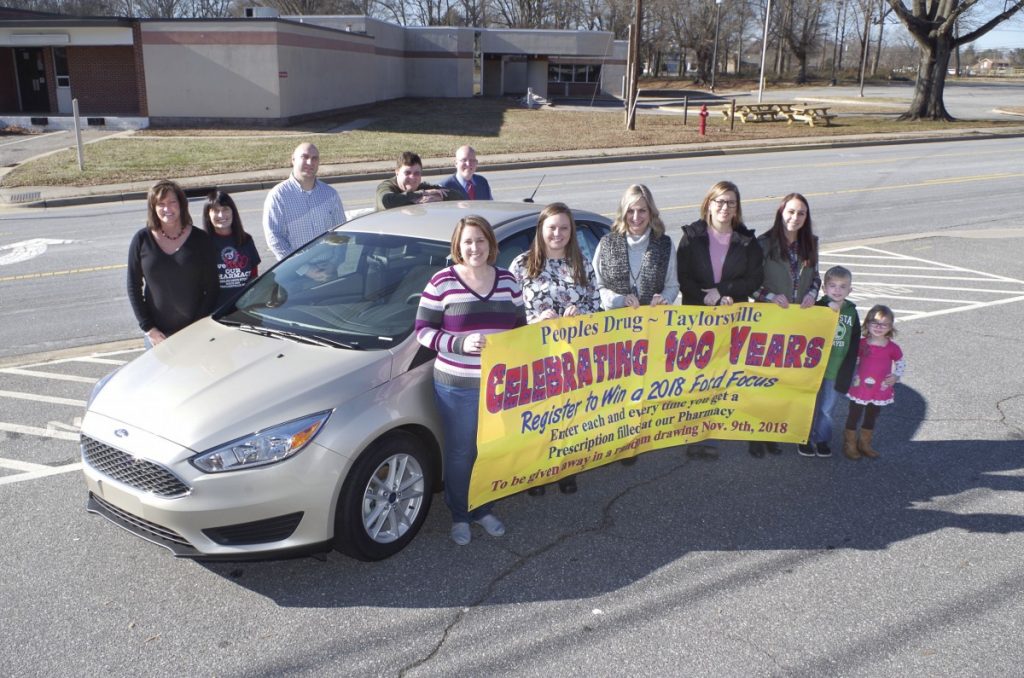 During a big 100th Anniversary event coming up November 9, 2018, Peoples will give away $100 per hour that day to shoppers. They will also offer many items for only 50 cents each.

“We can’t operate without the support of the community, and this is our way of giving back to our many supporters through the years,” Icard stated. 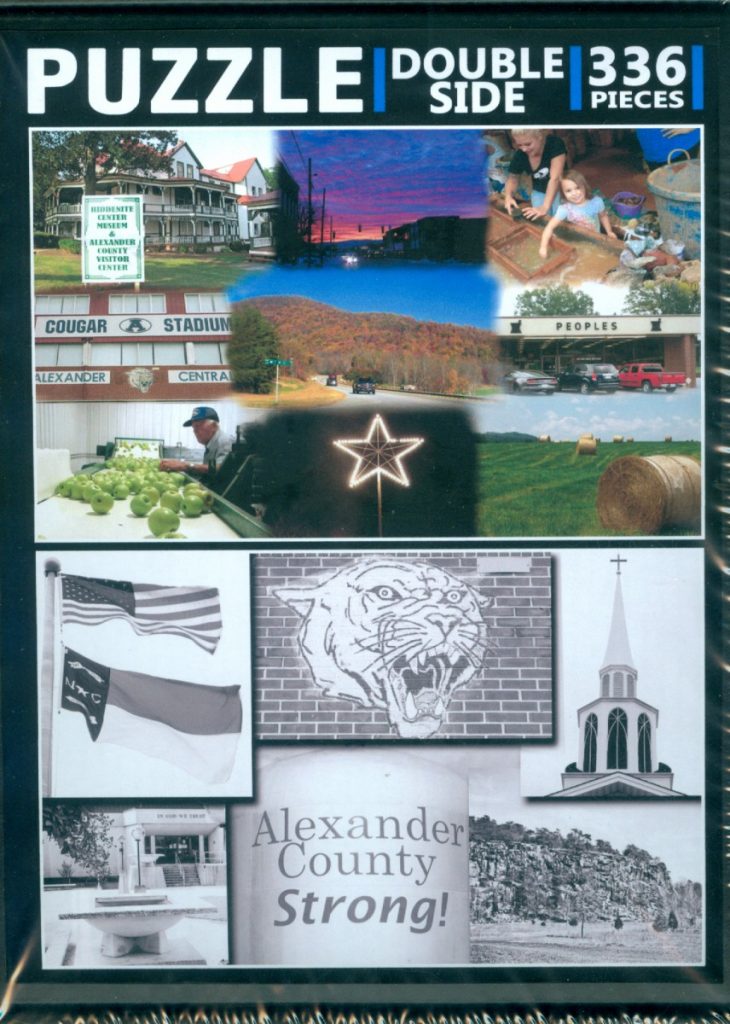 FUNDRAISER PUZZLE — Peoples Drug is selling puzzles (above) and t-shirts to raise funds for a Taylorsville beautification project.

A separate way Peoples Drug is giving back to the community is through a t-shirt and puzzle sale fundraiser, to support Town of Taylorsville beautification projects. The t-shirts have a scene of an Alexander Railroad Company locomotive on the front and the phrase “All Aboard For Alexander County,” while the puzzles have various photos representing Taylorsville and Alexander County. 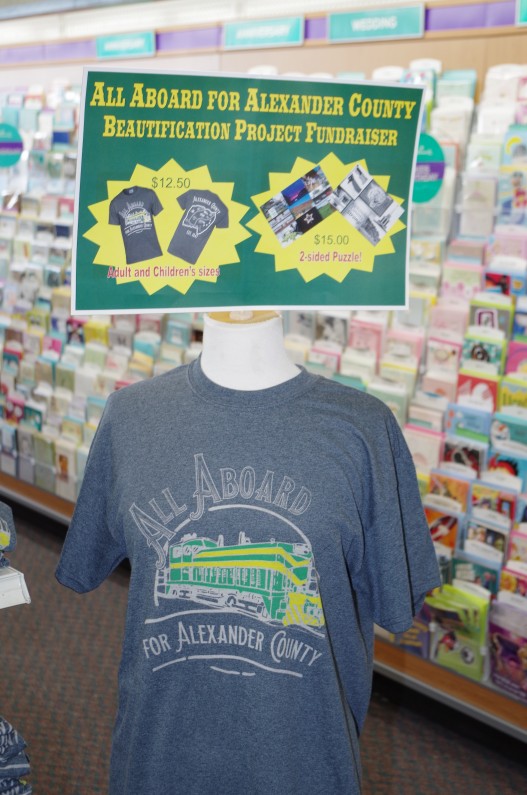 T-SHIRT SALE WILL ASSIST TOWN — These locomotive-themed t-shirts, which bear the phrase “All Aboard For Alexander County,” are part of a fundraiser which Peoples Drug is doing, to raise money for local beautification efforts in the Town of Taylorsville. Proceeds will be present to Town officials in November 2018, said Peoples Drug owner Phil Icard.

More information will be released on the Peoples Drug centennial in future issues of The Times.