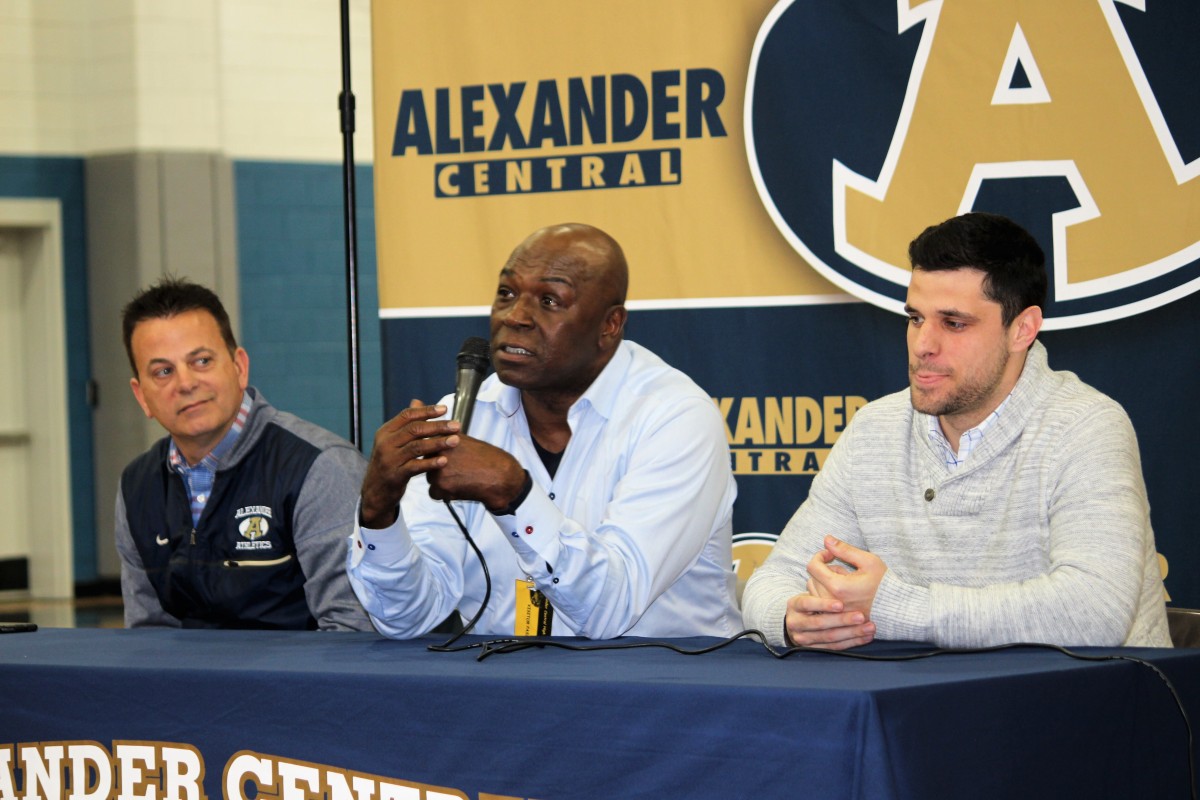 On Thursday, March 8, ACC legend Phil Ford and Pet Sumner of the Sumner Group held a press conference at Alexander Central High School to announce details about the ACC Barnstorming Tour, which is coming to Taylorsville on Thursday, April 12, at 7:30 pm.

During the conference, the tentative roster for the 2018 ACC team was announced. The list includes Grayson Allen of Duke University and Joel Berry, II, and Theo Pinson of North Carolina.

Allen was a member of the 2015 Duke University National Championship Team as a freshman. This year, Allen was a third-team All-ACC honoree. 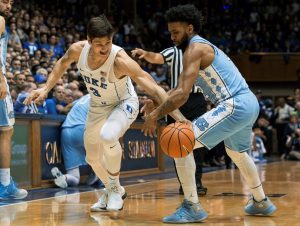 Berry and Pinson have been leaders for North Carolina since arriving on campus in 2014. The duo played key roles in last season’s NCAA Championship for the Tarheels. Berry, who was named the MVP of the Final Four last April, is a first team All-ACC performer this year, while Pinson earned Honorable Mention honors.

In addition, Abdul-Malik Abu, Lennard Freeman, and Al Freeman of NC State, and Aaron Rohlman of UNC will be part of the game in April. Seniors from Wake Forest are slated to fill out the ACC roster, which will be coached by Phil Ford.

General Admission tickets for the game are only $12 presale and $15 at the door. VIP tickets are sold out. Tickets are available online at www.carolinabarnstorming.com or at local ticket outlets. Locally general admission tickets can be purchased at Alexander Central High School, West Alexander Middle School, East Alexander Middle School, PJ’s Seafood & Steak in Bethlehem, and The Taylorsville Times office in downtown Taylorsville.

The ACC Stars will be facing off against a local all-star team made up of seniors from the NW 3A/4A Conference. The NWC team includes players from Alexander Central, Hickory High School, South Caldwell, West Caldwell, and St. Stephens. The area team will be coached by ACHS Coach Ed Wills. He will be assisted by St. Stephens Coach Murphy Post and ACHS Assistant Coach Cam Gant.

For the past 39 years, The Sumner Group has sponsored and coordinated the ACC Barnstorming Tour. 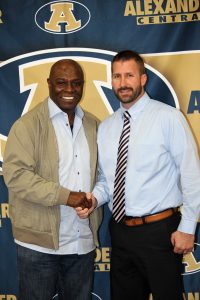 Phil Ford is pictured with Nathan Davis of Farm Bureau Insurance during the March 8 press conference at ACHS. Farm Bureau is the Corporate Sponsor for the April 12 ACC Barnstorming Game in Taylorsville.

This marks the 40th year, the Tour has provided a rare up-close-and-personal look at such standout players as Michael Jordan, Len Bias, Dereck Whittenburg, Tyler Hansbrough, Nolan Smith, and Tyler Zeller to fans of all ages across the southeastern United States. 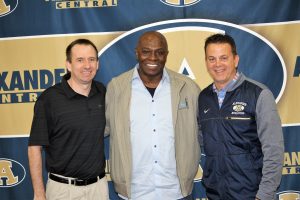 This season promises to be another exciting year in Barnstorming history. In addition to the basketball games, each stop will also consist of a 3-point contest and a dunk contest. Players will be available following the game for a limited autograph session with general admission ticketholders. VIP ticketholders will enjoy reserved front row seating to the game, a post game reception with the ACC All-Stars, and a photo/autograph session.

A portion of the proceeds from each game will be donated to the Ronald McDonald House. Additional proceeds will also benefit the Alexander Central High School Cougar Club.  *Follow us on Facebook at ACC Barnstorming Tour and on Twitter @ACCBarnstorming.

Farm Bureau Insurance in Taylorsville is the Corporate Sponsor for this year’s ACC event in Alexander County.

Psychological Solutions of Lake Norman and Solutions of Hickory are serving as the Associate Sponsors for the ACHS event.