The Alexander Central Varsity Softball Team earned a spot in the NCHSAA 3A State Championship series with a 20-8 win over Carson High School on Thursday night, May 24, in China Grove.

ACHS (26-5) exploded for 10 runs in the seventh inning to break open a close game and earn a 2-0 sweep over the Carson ball club.

On the night, ACHS clubbed 24 hits and hit five home runs en route to the 20-8 win. Senior Kelsea DeJarnette homered twice and finished with four hits and six RBI, while Julie Gast homered and finished the game with five hits in six at-bats. 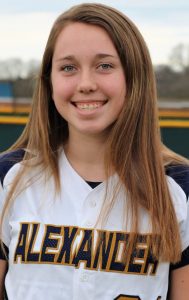 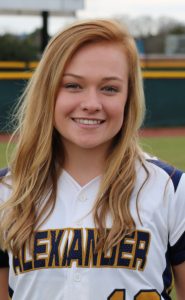 With the win, ACHS advances to the NCHSAA Finals set for June 1-2 in either Greensboro or Raleigh. The Cougars will play the winner of the Western Alamance/Cleveland series. Cleveland won game one of the best-of-three east finals.

More details will be announced when the game sites and times are made official.

Another NWC team, South Caldwell, has also advanced to the State Championship series in the 4A ranks. The NWC regular season and tourney champs defeated Richmond County 2-0 in their best-of-three regional  series.