Josh McLain of Hiddenite started his Class A professional career with a huge bang on Thursday evening, June 21.

In his first game with the LA Dodgers’ Class A affiliate, the Great Lakes Loons, McLain went four for five with a double, triple, and two steals. He added two RBI. 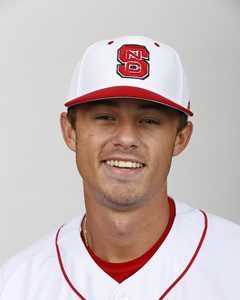 Despite McLain’s debut performance, the Loons dropped a 4-3 decision to the Lansing Lugnuts.

Prior to his assignment to Great Lakes, McLain appeared in a pair of rookie league games in Arizona and compiled a .333 batting average in six at-bats.

A ninth-round pick of the Dodgers early this month, McLain joined Great Lakes following his brief stay in rookie ball. Great Lakes is a member of the MILB Class A Midwest League.

Josh is the son of Tammy and Bradley McLain of Hiddenite and is a 2014 graduate of ACHS.