The annual Alexander County Independence Celebration at Alexander Central High School will not take place in 2018, according to the event’s organizers.

Habitat for Humanity of Alexander County has been organizing the event for the past several years, usually on the Saturday following the July 4 holiday.

Matt Cooksey, Executive Director of Habitat for Humanity of Alexander County, told The Times there were several factors involved in the event cancellation. Habitat’s usual fireworks provider has retired. By the time Cooksey was able to locate a new pyrotechnician, the provider was not available on any desired dates.

Funding has also been an issue. Cooksey said that Habitat has no obtained a corporate sponsor for the Independence Celebration, as it had planned, to fund the event. Habitat operated the event at a loss during the past couple of years. 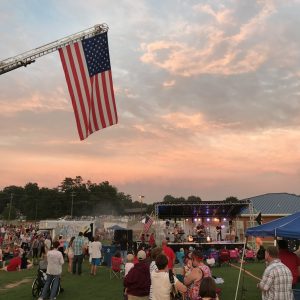 This photo shows a scene from the 2017 Independence Celebration at ACHS.