A man from the Stony Point Community has been taken into custody and charged with attempted murder in Iredell County.

On arrival, deputies found a man with multiple gunshot wounds. Medical personnel treated Robert Griggs. He was transported to North Carolina Baptist Hospital for additional medical care. The scene was secured and detectives and Crime Scene Investigators began their investigation.

Detectives located and interviewed witnesses and after gathering evidence, quickly developed a suspect. A Be On The Lookout broadcast was sent out to surrounding area law enforcement agencies. A suspect matching the description was stopped in Catawba County and was held until detectives could respond. 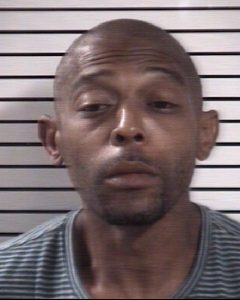 Search warrants were executed at the scene and on vehicles connected to the incident. During the search of the original scene, among other evidence multiple spent shell casings were located. In addition, the handgun believed to have been used in the shooting was located at a separate location.

James Lattimore Springs was arrested and taken to the Iredell County Detention Center. He was charged with the following crimes: Felony Attempted Murder, Felony Assault with a Deadly Weapon with Intent to Kill Inflicting Serious Injury, Felony Robbery with a Dangerous Weapon, and Felony Possession of Firearm by a Convicted Felon. He was taken before Magistrate S. Nichols and was placed under a $1,000,000 secured bond.