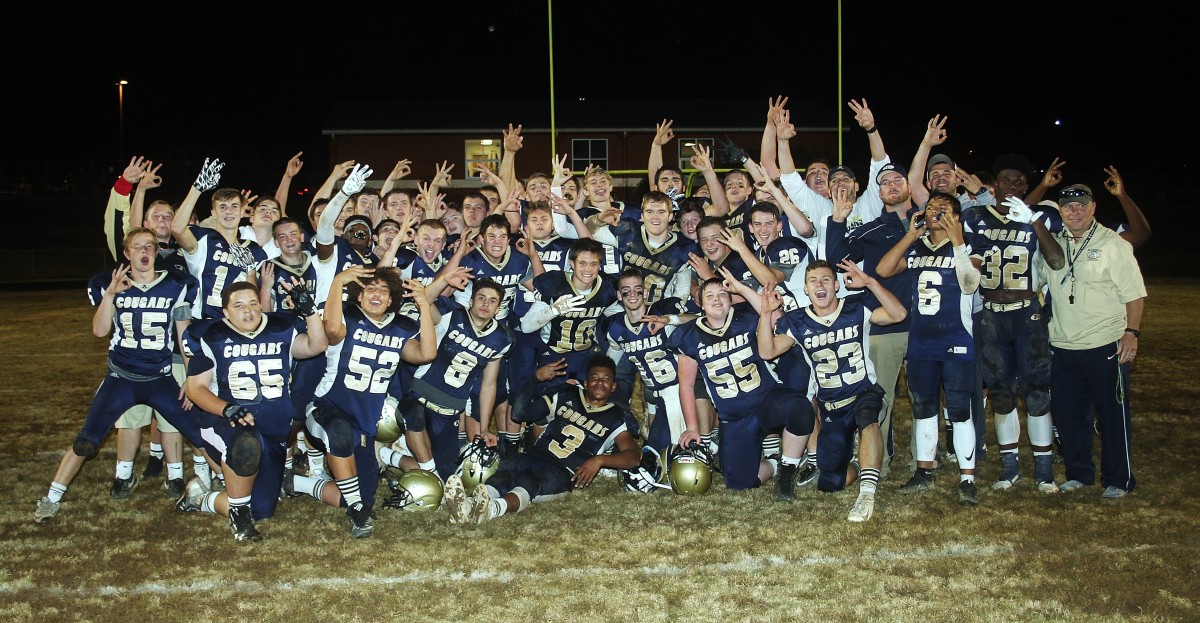 Alexander Central’s JV Cougar Football Team closed out its third straight perfect season with its 48-0 win over the McDowell Titans in the season finale played Wednesday evening, November 7, in Taylorsville.

The young Cougars improved to 9-0 on the season and ran their consecutive wins streak to 32 with the resounding victory at Cougar Stadium. In the rout over the visitors from Marion, Alexander rolled up 473 rushing yards, while holding McDowell to just 26 total yards.

The Cougars dominated action early, racing to a 32-0 lead at the end of the first half. Alexander tacked on two more TDs in the second half to close the scoring. 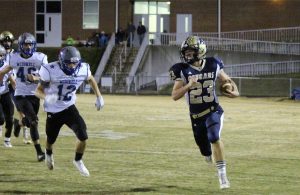 Daniel Morgan, who averaged 45 yards per carry in Wednesday’s win, is off to the races on an 89-yard scoring jaunt.

Sophomore rushing leader Daniel Morgan again led Alexander’s offense outburst. Morgan ran for scores of 89 and 87 yards and finished with a whopping 224 yards rushing on just five carries. He averaged 45 yards per carry on the night.

Another sophomore, quarterback Lance Justice, scored Alexander’s first TD of the night on a 33-yard run in the first quarter. Justice later added a 62-yard scoring run and finished the night with a season-high 128 yards on the ground.

Dayente Calhoun (68 yards) and Russell Frasier added one TD apiece for the home-standing and unbeaten Cougars.

Defensively, ACHS forced a safety on a botched punt attempt. Sophomore linebacker Tanner Abernathy was credited with the stop on the two-point play to open the game’s scoring less than two-minutes into the first quarter. Abernathy, Ibrahim Boston, Andrew Bumgarner, and Russell Frasier led the Cougar defenders with four tackles each.

Alexander’s defense forced one turnover in the win and it came in the contest’s waning seconds. A pass interception by Ryan Bowman, deep in ACHS territory, thwarted a McDowell attempt to erase the Cougars’ shutout attempt. ACHS held McDowell two a pair of conversions on nine third down attempts and turned the Titans away empty handed on their only trip into the red zone.