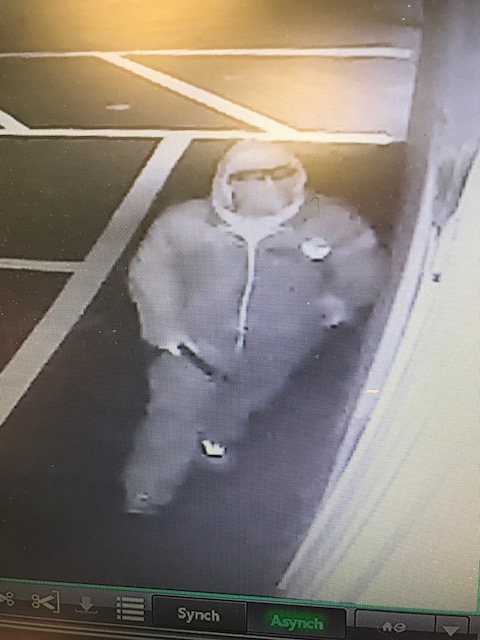 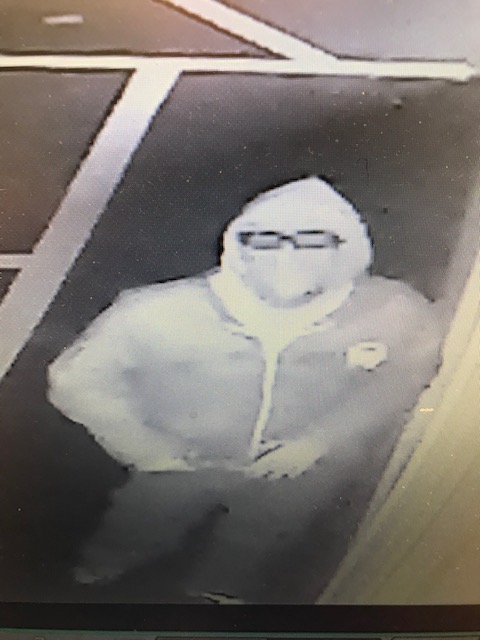 This shows another view of the suspect in the Perry Lowe Apple House break-in.

LOCAL FARM SUFFERS BREAK-IN — Investigators with the Alexander County Sheriff’s Office are investigating a breaking and entering that occurred at Perry Lowe Apple House during the early morning hours of March 21, 2019. The suspect broke an office window and entered into the business to take change from a money box before fleeing on foot. Surveillance video of the suspect shows the person to be wearing a hooded jacket or possible coveralls with a bandanna on the face. The suspect was wearing tennis shoes with reflective trim and was carrying a pry tool. The person also appeared to have been wearing dark, thick rimmed glasses. A similar break-in occurred at the business approximately a month and a half ago. A reward is being offered for any information leading to the arrest of the individual responsible in this case. Please call the Alexander County Sheriff’s Office at 828-632-2911 or Crime Stoppers at 828-632-8555 if you have any information. 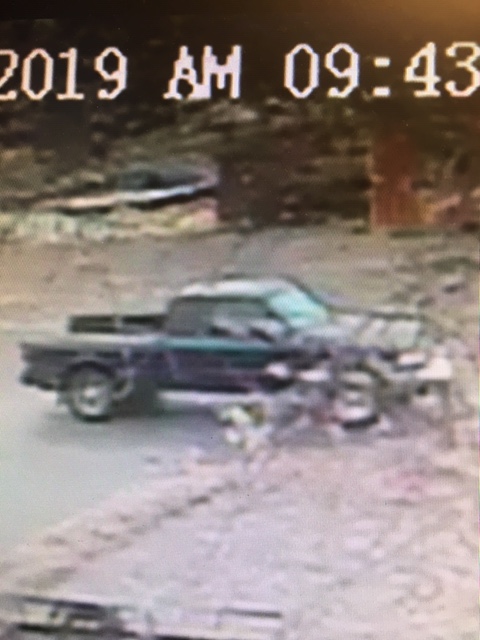 REWARD OFFERED IN BETHLEHEM BREAK-IN — Investigators with the Alexander County Sheriff’s Office are attempting to locate a vehicle involved in a larceny which occurred last week in the Heritage Farms Development in the Bethlehem Community. The suspect vehicle is believed to be a black or dark green 90’s model Ford Ranger extra-cab pickup with no tailgate. The suspects entered a residential car port and removed tools and other items. Anyone with information on this vehicle is urged to call the Alexander Co. Sheriff’s Office at 828-632-2911 or call Crime Stoppers at 828-632-8555. Information received which leads to an arrest could be eligible for a reward.