Move to avoid favoritism for 2019 candidates

The seat of the late Jack Lerner sat empty at the Town of Taylorsville Board of Commissioners meeting held on Tuesday, April 2, 2019.

Councilman Lerner passed away unexpectedly on March 19, 2019. A photo and memorabilia sat at his place on Tuesday. All Town Councilmen, along with Mayor George Holleman and Town staff, had much to say about Lerner, remarking about his friendliness and humor. 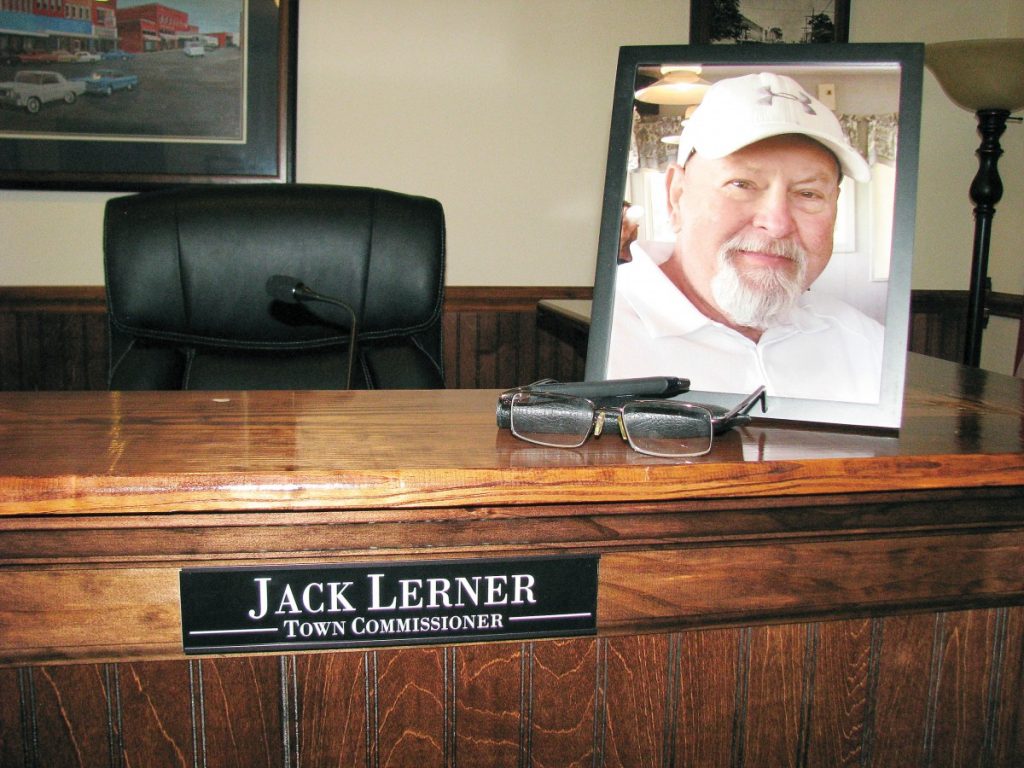 EMPTY CHAIR — A photo and memorabilia were placed at the empty seat of the late Town of Taylorsville Commissioner Jack Lerner in his memory at the Town Commissioners’ meeting on Tuesday, April 2, 2019.

Taylorsville Police Chief Dennis James noted how the Police Department and Town Hall staff along with the Council was a family, and Jack was a big part of that family and will be sorely missed.
After much consideration and contacting UNC School of Government regarding the newly vacant seat on the board, the councilmen decided it would be in the best interests of the people of Taylorsville for the seat to remain vacant until the upcoming election, to be held in November 2019.

The owners of Faith Christian Shop on Main Street in Taylorsville, Perry and Hilda Link, were recognized and presented a plaque for their long-standing service to the business community in the Town of Taylorsville.

After 38 years of business, the store is closing. Mr. Link gave advice to the businesses in town noting, “It’s not always been easy and most things that are worth anything are not easy, but if you just lay in there and stick with it and do the best you can and be faithful, it will all work out in the end.” 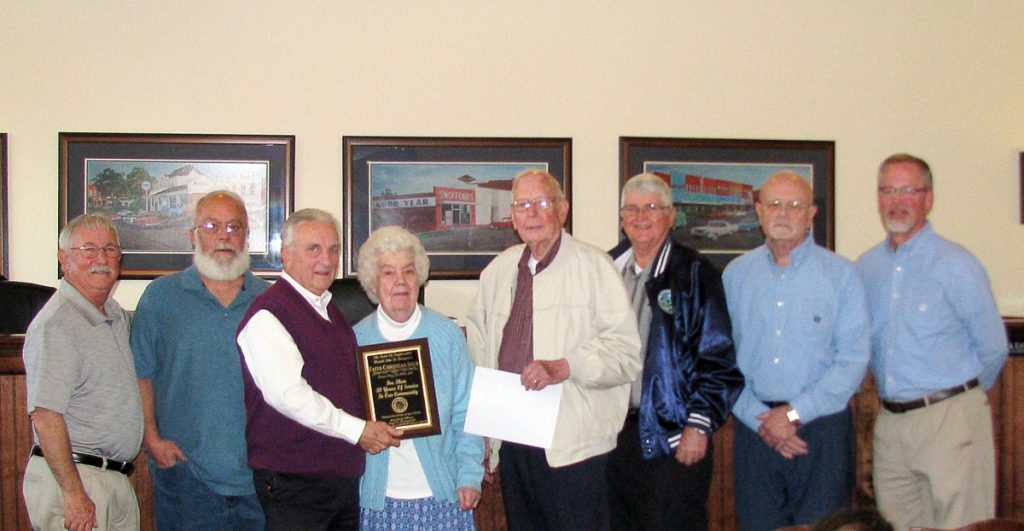 LONGSTANDING BUSINESS HONORED — The Taylorsville Town Board of Commissioners presented a plaque to local business owners Perry and Hilda Link. The Link’s own Faith Christian Shop that is in the process of closing after 38 years on Main Street in Taylorsville. Pictured above from left: Kenny Poole, Richard Link, Mayor George Holleman, Hilda Link, Perry Link, Ronnie Robinette, Edd Elliott, and Rev. Phillip Link.

A receipt of insurance proceeds in the amount of $70,091.79 from a lightening claim at the WWTP was approved at the meeting. The funds were put into the Enterprise fund.

A written request from a property owner on Hwy. 16 South requesting de-annexation was presented at the meeting. The property, gas station Pahal Shop & Save, was annexed in 2015 after a request was made by the owner.

In the letter written by the property owner, it is stated the reason for de-annexation request is due to a failed attempt to open a restaurant on the property. The letter went on to reflect that the owner is paying separate taxes and is requesting the de-annexation to save money.

In the report presented by Odom, it is clear the staff opinion is the intent and motive for requesting annexation was clear in 2015. Additionally, the applicant connected to town sewer due to the existence of a very limited drain field on the property with no reasonable repair area. Normally, a compelling reason must exist such as an inability to provide town services such as sewer within a specific time frame. A business plan that included renting space for a café that did not materialize does not constitute a lack of serviceability on the part of the town.

The request was denied unanimously by the board.

Several grant closeout amendments were approved at the meeting; included in these were for Milstead Woods, Brushy Mountain Golf Course, the Millersville project, and the water system reliability and improvement project.

Several budget transfers were also approved at the meeting. Budget transfers to General Fund, Powell Bill, and Enterprise Fund were made to balance expenses in preparation for the end of the year.

Taylorsville Police Chief Dennis James gave an update to the board, noting it was a busy month for the Police Department, taking in 869 total calls in March.

Town Manager David Odom gave the report for Public Works, noting the street sweeper is up and running again and there are plans for a ground breaking for the new Solar Project at the WWTP coming soon.

Odom went on to note several upcoming events within town, including Robin’s Run scheduled for Saturday, April 6, and the 4th Annual Apple Blossom Festival, scheduled for May 4, 2019.

The next meeting of the Town of Taylorsville Board of Commissioners will be held on Tuesday, May 7, 2019, at 5:30 p.m. at Town Hall.