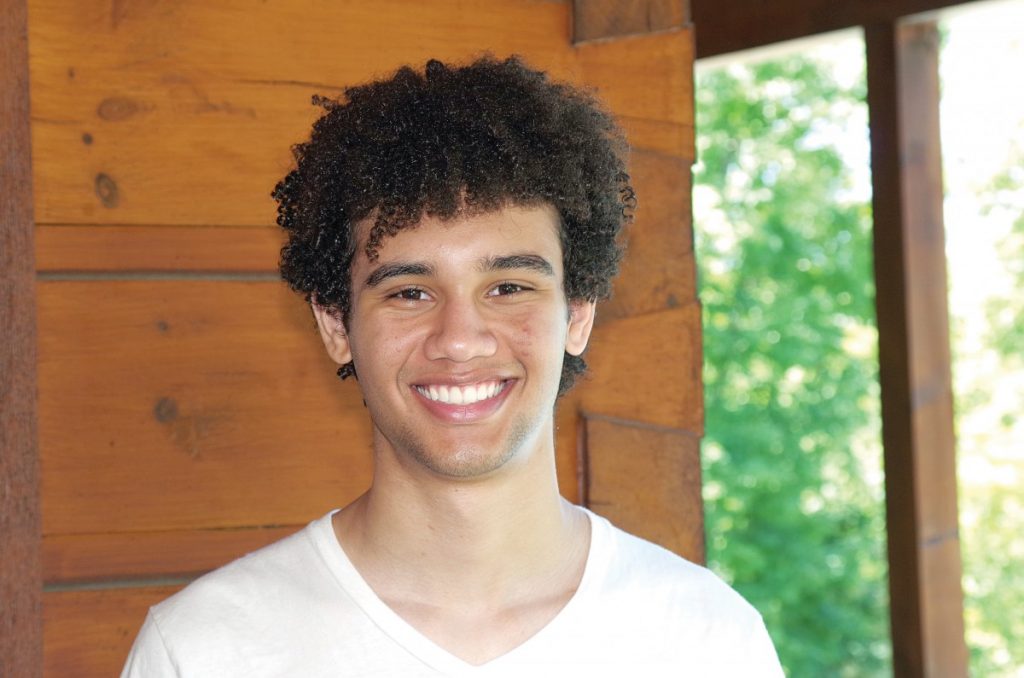 Bright young graduates from Alexander Central High School are aiming for many things this fall: jobs, military service, college, and more. And that includes Jacavian Voss, 18, who is heading to a famous university: Harvard.

For many years, Jacavian has known he wanted to attend Harvard. Back as a very little boy, he remembers his mother, Tomecca Patterson, studying nursing and medicine. “I was about three or four. She watched a lot of surgeries and the doctors mentioned they came from Harvard Medical School. “I asked my dad, ‘What’s Harvard?’ And he said, ‘It’s one of the best schools in the world and you can go there if you try hard enough.’ And so, that really stuck with me throughout my life.”

“I actually went through all of elementary school and my entire scholastic career with the goal of getting into Harvard,” Jacavian explained, although he leaned toward Columbia University once he got to high school.

He felt that his essay in the application process helped secure a seat at Harvard. Jacavian related many struggles which he had in his schoolwork and home life during the past four years. He was in courts many times due to his parents being in a custody battle, which took a big toll on Jacavian and his siblings: Tianna, 19; Ashon, 14; and Khalil, 10. Jacavian also shared information with other students about the domestic violence in his family.

“Support from my teachers went beyond the classroom,” Jacavian said. He moved to Statesville during his junior year but Alexander County Schools officials, including ACHS then-Principal Doug Rhoney and other signed off to allow Jacavian to have at least some stability in his life — to stay at ACHS.

He appreciates the many facets of support from teachers Ed Wills, Bernadette Watts, and Cassandra Lackey, who were instrumental in encouraging the young man in rocky times.

Jacavian credits these teachers and others with bringing him out of his “shell” his junior and senior years at ACHS.

He made sure, in high school, to take three years of foreign language classes (he chose Latin due to its helpfulness in the study of law and government).

Jacavian wants to study both those subjects at Harvard, and hopes to volunteer at a local law firm before heading to Massachusetts for school.

Also, while at Alexander Central, Jacavian made sure to take honors and then Advanced Placement (AP) level courses to be on track for the college of his dreams.

Podcast of extended interview is online

Editor’s Note: If you would like to hear this interview in an extended format with more details, find it online on The Times’ Audiorama, our new podcast, available on Apple and Google podcasts, Anchor, Stitcher, and other platforms on mobile devices, or at https://anchor.fm/taylorsville-times/episodes/Jacavian-Voss-Heading-to-Harvard-e3n7pn.