On Tuesday night, July 9th, the Alexander County Board of Education approved the hire of Jon Presnell as Alexander Central High School Women’s Basketball Head Coach. Presnell will fill the position that came open in March after Jonathan Winkler announced his resignation from the position after two seasons at the helm of the program. 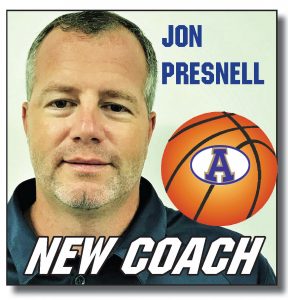 Presnell commented “I would like to thank ACHS Principal Gordon Palmer and ACHS Athletic Director Nathan Robinson for allowing me the opportunity to lead the Women’s Basketball program here at Alexander Central. I am grateful for the confidence they have in me to hire me as the next Head Coach. I look forward to the challenge of building a strong basketball program as well as working with everyone involved.”
A 1997 graduate of Alexander Central High School, Presnell played two years of Varsity Men’s Basketball. Prior coaching experience includes serving as ACHS JV Men’s Basketball Assistant Coach in 1999, ACHS JV Men’s Basketball Head Coach in 2000, and East Alexander Middle School Men’s Basketball Head Coach from 2002 through 2006.
Presnell and his wife, Jamison, have three children, son Evan, age 15, daughter Averie, age 13, and daughter Ruby Grace, age three. Presnell is employed by Alexander County as the Parks and Recreation Director, a position he has held since March of 2000.
Alexander Central High School Athletic Director Nathan Robinson commented on the hire by saying “I am thrilled with the hiring of Jon Presnell to guide our Women’s Basketball program. Jon is a high character individual with a wealth of basketball knowledge. He has been around basketball pretty much his entire life and I feel that he will do an excellent job helping our young ladies try and reach their potential on the basketball court.”
Robinson also noted that a meeting will be held on Thursday, July 11, at 6:30 pm in the school cafeteria for any parents, players, or fans who want to meet Coach Presnell.

On Tuesday night, July 9th, the Alexander County Board of Education approved the hire of Mindy Severt as Alexander Central High School Head Cheerleading Coach. A 2006 graduate of Alexander Central High School, Severt cheered all four years of high school. Prior coaching experience includes serving as head cheer coach at South Iredell High School from 2010 through 2014.
Severt commented “I am excited to be able to give back to the program that gave me my foundation and love for cheerleading. I would like to thank Athletic Director Nathan Robinson and the ACHS Administrative staff for giving me this opportunity. I look forward to coaching all the girls in our cheer program.”
Severt and her husband, Chris, have one child, Sawyer, who is 19 months old. Severt is employed by Alexander County Schools as a Family and Consumer Sciences CTE Teacher at Alexander Central. 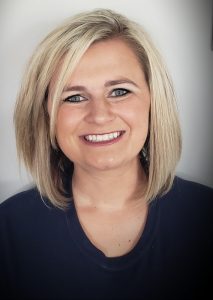 Alexander Central High School Athletic Director Nathan Robinson commented on the hire by saying “I am excited about our hiring of Mindy Severt to direct our cheerleading program. Mindy is energetic and is a good leader for our young ladies. It is intriguing to be able to hire a former ACHS graduate and Cougar Cheerleader to guide our program”
Robinson also noted that a meeting will be held on Thursday, July 11th at 5:00 PM in the school cafeteria for any parents, cheerleaders, or fans who want to meet Coach Severt.