A Taylorsville man is hospitalized and another has been charged as a result of a recent stabbing, according to Alexander County Sheriff Chris Bowman. On July 17, charges were updated to include one count of attempted murder, said Bowman.

On Monday, July 15, 2019, at approximately 8:16 p.m., Alexander County 911 received a call of a possible stabbing at an address located on Liledoun Road in Taylorsville, said Bowman. Officers from the Alexander County Sheriff’s Office, Taylorsville Police Department, and North Carolina State Highway Patrol responded to Liledoun Road, where they found Darion Campbell, B/M, age 20 of Taylorsville, with multiple stab wounds in the head and neck area, laying beside the road. 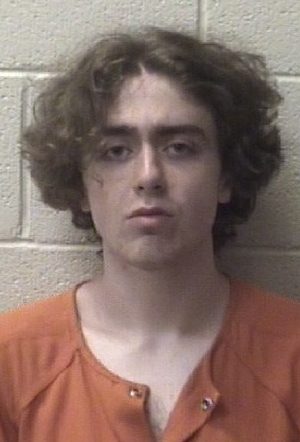 Information was received from the victim that Jonathan Andrew Johnson (“JJ”), W/M, age 19 of Taylorsville, had stabbed him as a result of an altercation between the individuals at the residence of Jonathan Johnson. The victim had left the residence of Johnson and was located north of the residence on Liledoun Road. Officers located the victim on Liledoun Road and administered first aid until Alexander County EMS, Taylorsville First Responders, firefighters, and Alexander Rescue Squad members arrived. Campbell was then flown to Carolinas Medical Center Main Campus in Charlotte, and is still listed in serious condition, the Sheriff said.

Jonathan Andrew Johnson was arrested and transported to the Alexander County Detention Center. He was charged with Assault with a Deadly Weapon with Intent to Kill or Inflict Serious Injury. Johnson is being held under a $250,000 secured bond with a first appearance date of Monday, July 22, 2019, in Alexander County District Court.

On Wednesday, July 17, 2019, further investigation into the case of Jonathan Andrew Johnson led to an additional charge of Attempted Murder. Johnson is currently being held on Assault with a Deadly Weapon With Intent to Kill or Inflict Serious Injury under a $250,000.  Johnson was given an additional bond of $1,000,000, which brings his total secured bond to $1,250,000.  Johnson’s first appearance is scheduled for Monday, July 22, 2019 in Alexander County District Court.