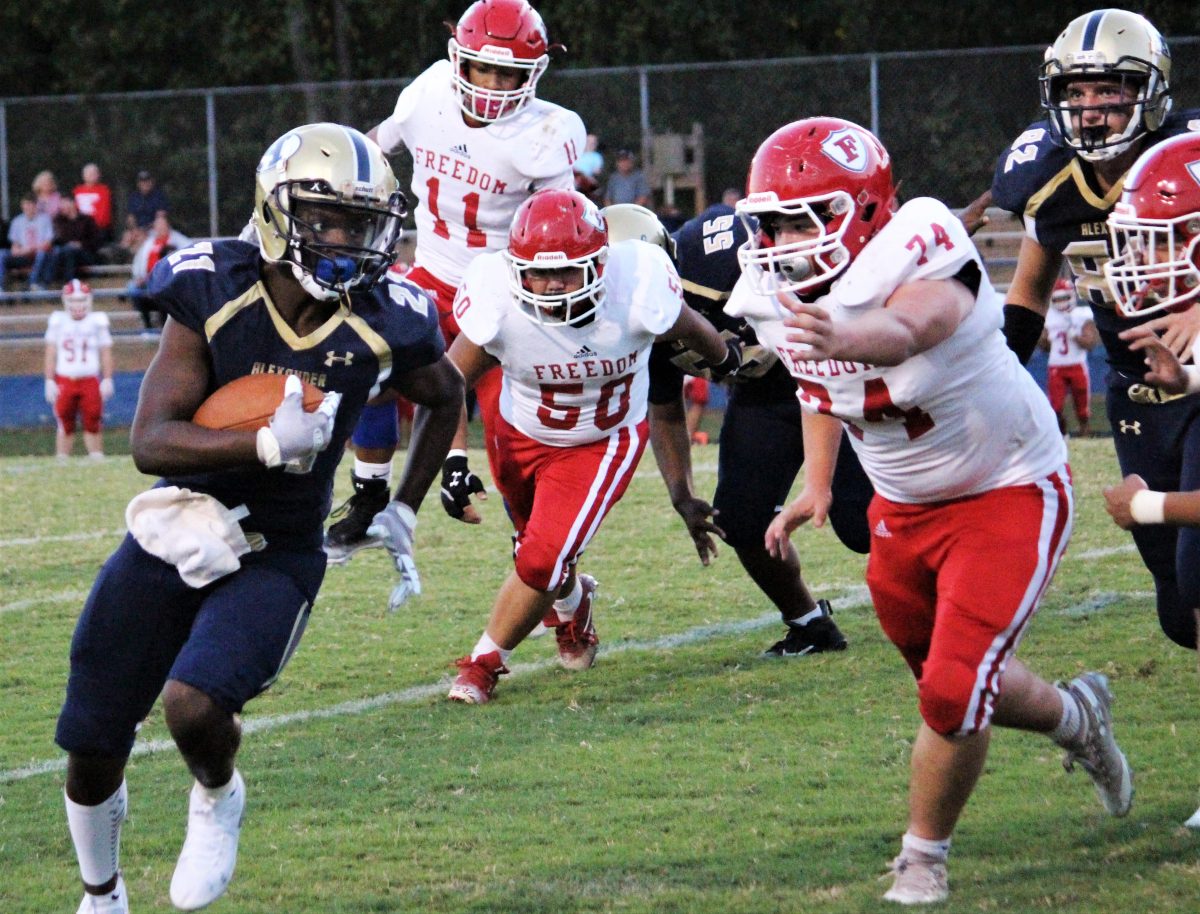 Cam Lackey rolls into the TD for a JV Cougar touchdown.

The Cougars held a slim 8-6 lead after one quarter of play. From that point, the home team seized control of the NWC contest, outscoring the young Pats 35-0 over the final three quarters.

ACHS piled up 343 yards of total offense, while holding Freedom to 138 total yards. The winning team’s defense was led by a huge night by sophomore defensive back Joshua Stubbs. The Cougar defender posted four pass interceptions in Alexander’s 37-point win. Dalton Beck led the Cougar defense in tackles with eight total stops, including a quarterback sack.

The win upped Alexander’s season mark to 6-0 overall and 2-0 in NW 3A/4A games. With the win, Alexander added to its consecutive win streak in junior varsity games. The streak climbed to 38 straight games with the victory Thursday.

ACHS will head west on Thursday, October 17, when they traveled to Marion to face the McDowell Titans in a 6:30 pm contest.