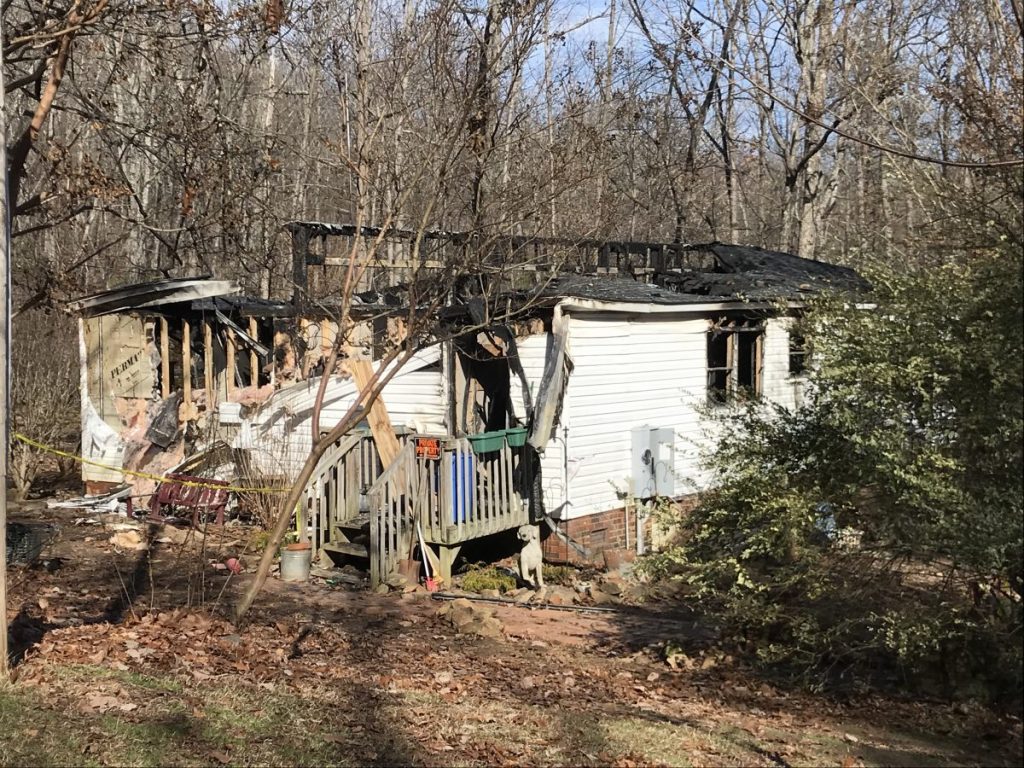 CLAIMED BY FIRE — This residence on Center Lane in Taylorsville was claimed by fire on January 12, 2020.

On Sunday, Jan. 12, 2020, a fire was reported about 2:33 p.m. at a residence at 11 Center Lane, off Jake Reese Court, off Church Road in the Ellendale Fire District, according to Mark Earle, Alexander County Deputy Fire Marshal. Ellendale, Wittenburg, Taylorsville, and Bethlehem fire departments responded.

No human occupants were at home when the fire broke out. The homeowner, Jacqueline Dyson, came home and found the windows were very dark. When she attempted to open the door, heavy black smoke escaped, and Dyson called 911.

Also, a dog and a cat died in the fire, Earle noted.

Earle said he believes the fire began in the living room and was caused by an electrical problem.

American Red Cross was contacted to assist Dyson; she told Earle she would be staying with her mother. 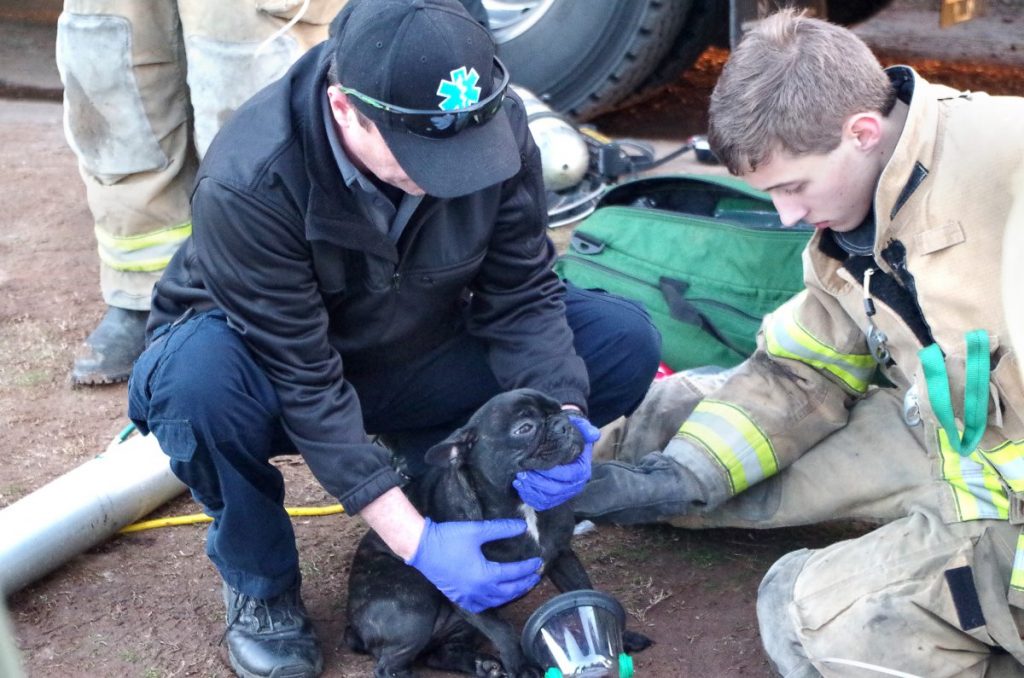 PETS RESCUED FROM FIRE — Firefighters and paramedics rescued and treated dogs with oxygen, above, at a house fire on Jay Stafford Lane in Taylorsville on January 16.

A fire late in the afternoon of Thursday, Jan. 16, displaced two people and claimed at least two dogs.

The residence, a doublewide mobile home, is located at 157 Jay Stafford Lane, off NC 16 South, said Earle. This fire was also likely electrical in origin.

Homeowners Daryl and Lisa Hollifield were not at home when the fire began. However, their five dogs were inside the home.

The fire caused about $25,000 damage to the home, Earle estimated.

Mr. and Mrs. Hollifield are staying with family members following the fire.