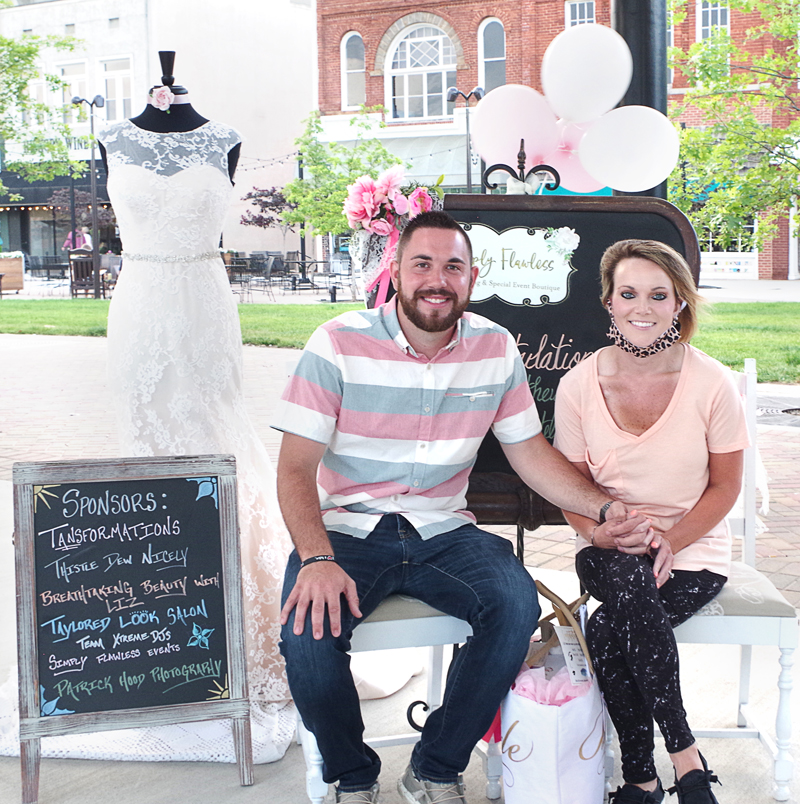 OVERCOMING — Initially, Katelyn Lambert (right) was winner of a half-price promotion on a wedding dress at Simply Flawless Wedding Boutique in Hickory. However, the store owner and other vendors have teamed up to provide the deserving bride many services for a wonderful wedding day. Lambert is shown with her fiancé, Matthew McKinney.

Area store owners are banding together to help a Taylorsville bride with an amazing story of perseverance to have the wedding of her dreams.

The week of June 3-10, Mays ran a June Bride Contest on her store’s Facebook page. She did this in honor of June being a traditional month for weddings. Mays asked the public to nominate brides in the area who were worthy of half-off the price of a wedding dress. The winner would be announced on a Facebook live broadcast on Wednesday, June 10.

“I received several nominations on our public Facebook page as well as by private message. There was one particular bride’s story that pulled on my heart strings. Her name is Katelyn Lambert,” Mays stated.

Lambert, 27, explained to Mays that she has been battling severe health problems recently.

“For the past two years, I have battled with the disease of Gastroparesis, which is where my stomach does not properly empty and work properly,” Lambert wrote to Mays. “Basically, anything I eat will just sit in my stomach for days and causes me to be really sick. I have undergone 10 different surgeries in attempts to fix the Gastroparesis. This has involved multiple GI studies, gastric emptying tests, and injections of Botox to my pylorus. The team of doctors have tried almost every medication available on the market for Gastroparesis. They’ve even tried a medicine that was shipped from Canada due to FDA regulations in the United States.

“After trying all of these attempts, October of 2018 I had a Gastric Stimulator implanted with hopes of this helping. Unfortunately, the stimulator did not help. In October of 2019, I had to have a feeding tube placed due to losing weight rapidly. It finally came down to the last resort of having the Gastric Bypass to remove all of my stomach except about golf ball size,” said Lambert.
“I had this done on November 5, 2019, at Forsyth Medical Center. Following the surgery I was doing great! But something happened that next couple of days and I was in horrible pain and vomiting all through the night.”

On November 7, 2019, Lambert was rushed into emergency surgery due to her colon being about 15 minutes from rupturing. This required a portion of her colon to be removed and she now has a colostomy bag. That day, she was taken to the ICU on the ventilator just for post operative care and some time for her body to rest.

“As the moments went by on that Thursday, my family found out I was fully septic and was very sick, they kept telling my family, I was ‘the sickest patient in the whole hospital.’ My blood pressure began to drop along with my oxygen rate, with my heart racing around 165. They had the vent on full blast and even with that, they couldn’t get my oxygen above 85. My organs were beginning to fail as this infection was taking over my whole body,” Lambert related.

The doctors called her family into the family room and told them they had done all they could do and they didn’t think Lambert would make it through the night. They tried to Life Flight her out, but there were no other ICU beds available at surrounding hospitals and she was not stable enough to travel.

“At this point my family, the team of ICU staff, surgeons, and millions of people all over the world began to pray,” Lambert explained. “The ICU staff contacted Duke University where they told them to prone me (flip me on my stomach), when they did this everything got better! And it allowed my organs to begin to work. I know that this was 100% God and Him answering prayers.”

Lambert was very swollen and her family was told she might never look the same, or walk again.

“I spent 25 days in the hospital. They didn’t think I would be discharged until around December 5th and even then I would probably be in a rehab center,” she stated. “Well, I am here today to say NONE of those things happened! I made it home the day before I made it home the day before Thanksgiving and did not have to go to rehab for physical therapy. Today, I am alive and I know it is all because of prayers and God’s goodness.”

With her permission, Mays shared Lambert’s story with some vendor friends. Touched by her determination, perseverance, and pure grit to live, they wanted to help make her wedding day the best ever. So, they all joined in and decided to surprise Lambert during the June 10 LIVE facebook announcement with more free services for her wedding.

On June 10, Lambert and her fiancé, Matthew McKinney, 25, came to Mays’ boutique thinking they were just being announced as the winner of half price for a wedding dress. This was particularly important, because prior to her illness, they were scheduled to get married in January of 2020.

Lambert actually had found her dream dress at another bridal store and paid $800 down on the dress and was making payments on the remaining balance. During her illness and hospitalization, she was unable to fulfill her commitment to finish paying for the dress and they had to cancel the wedding due to the seriousness of her health situation. They contacted the bridal store and were unable to receive a refund and lost the $800 they paid on the dress.

Simply Flawless Bridal Boutique is a full service wedding boutique offering wedding gowns and accessories for brides, bridesmaids dresses, mother of the bride dresses, flower girl dresses, and other special occasion dresses. The store’s mission is to offer quality designs to brides at a great price as well as full service wedding planning and day of coordination and decor/design services and it offers a full line of vintage inspired wedding rentals. The shop is located in downtown Hickory in the Shoppes on the Square. 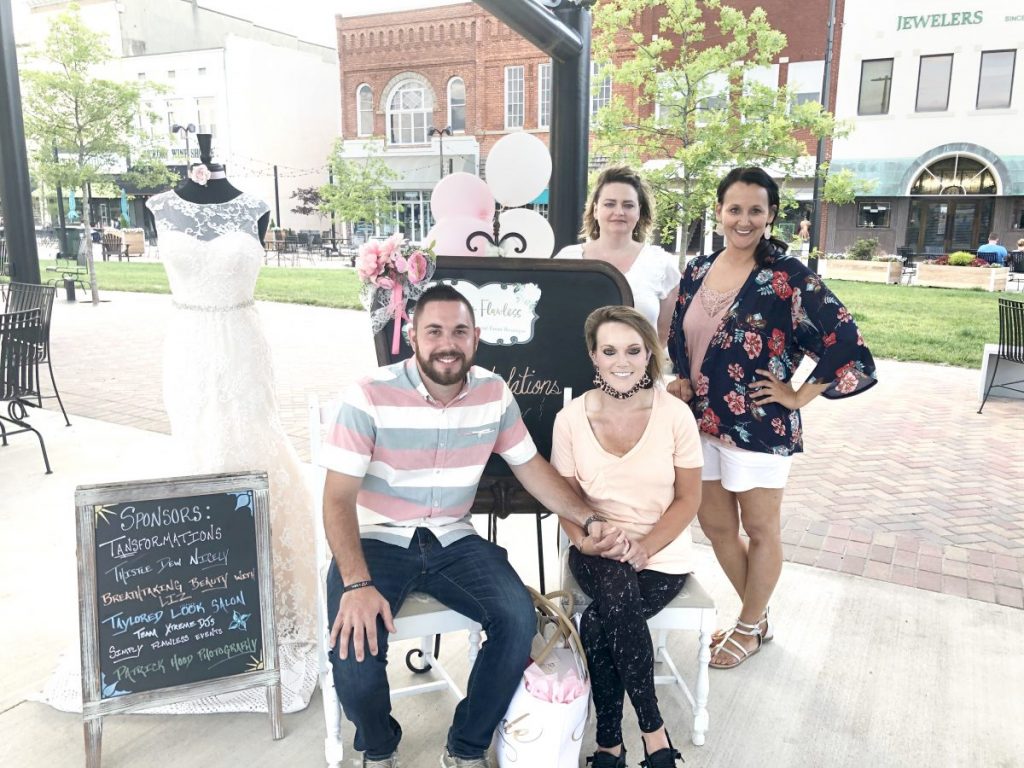