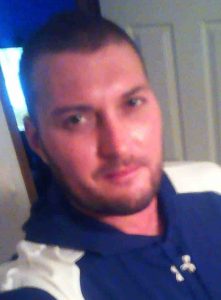 A family who formerly lived in Alexander County is asking for help with burial expenses for a young father whose death is being investigated as a homicide.

Shena Mitchell told The Times that Holland was her the father of her daughter Savannah Norman. Mitchell said the family formerly were residents of Alexander County until January of this year. They moved due to Mitchell’s job; however, Savannah’s grandparents still live in the Bethlehem Community of Alexander County.

The first deputy to arrive on the scene approached the residence and could see a male body in the living room. No one else was located in the home.

Criminal Detectives and Crime Scene Investigators soon arrived at the location. From the initial crime scene observation, the cause of death was not natural causes.

While the crime scene was being processed for evidence, Iredell County Sheriff’s Office Criminal Investigators canvassed the area, interviewing neighbors, and people in the area.

At this time, the incident is being investigated as a homicide, and the investigation is still on going.

The victim was positively identified as Aaron Bruce Holland.

A GoFundMe account has been set up so that the public can donate to the funeral/burial fund for Holland. The webpage is at: https://gf.me/u/yb6qgi.