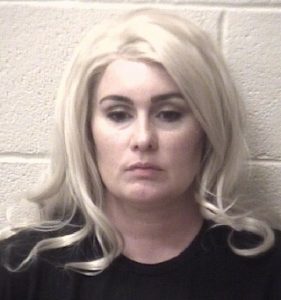 Special agents with the Department of Insurance’s Criminal Investigations Division accuse Childers of falsely telling Progressive Premier Insurance Co. of Illinois that damage to the bumpers, tailgate, and frame of her 2019 Dodge Grand Caravan occurred when a truck backed into her van at a Walmart parking lot, pushing it into another truck.

According to the criminal summons, Childers told the insurance company that her van was in mint condition before the incident, when damage to the back side of the van existed before the January 18 incident.

The offense occurred on February 3.

Childers was served with a criminal summons on April 15. She is scheduled to appear in Alexander County District Court on May 10.

Since 2017, Commissioner Causey has more than doubled the number of special agents investigating fraud and white-collar crimes. As a result, special agents from 2017 through 2020 have made 1,612 arrests.