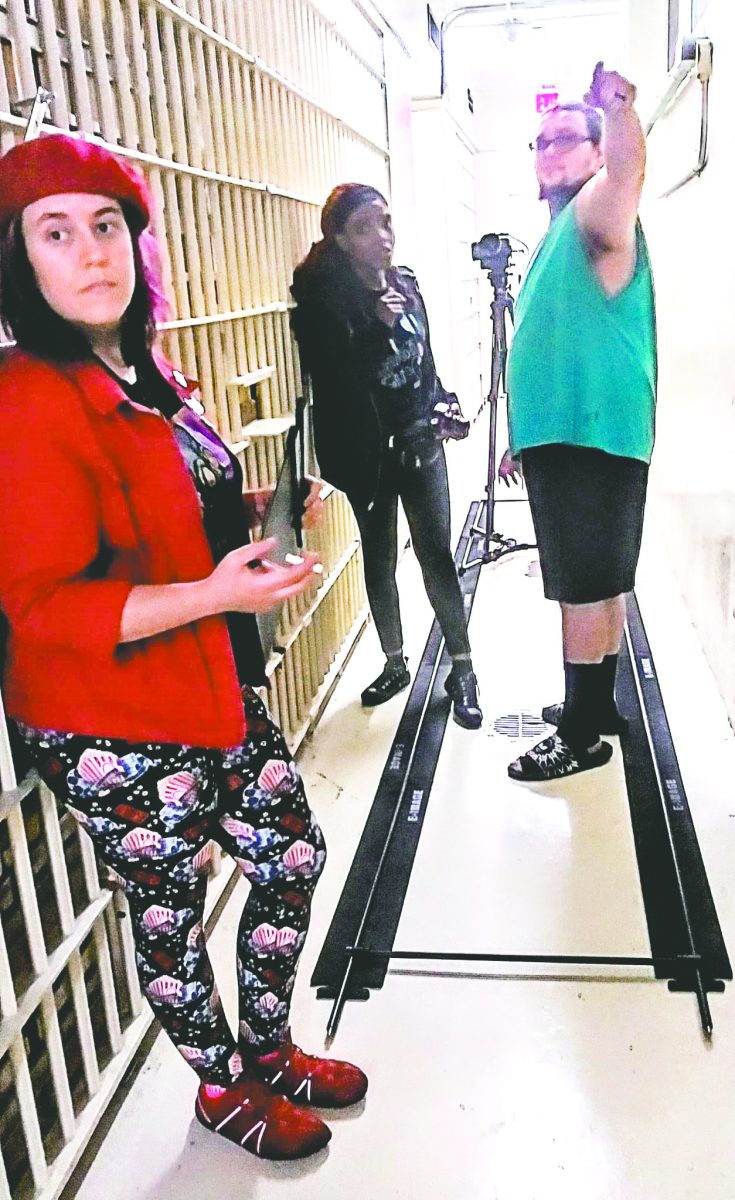 AT THE JAIL — Shown at left, from left to right: Anita Hart, Script Supervisor; Ashley McHam, Assistant Director/“Commissioner Barbara Gordon,” and Trey Tubb, Cinematographer, work on the set of “The Devil’s Daughter,” a Harley Quinn fan film, during recent filming on the lower floor of the Alexander County Courthouse. Shown are former jails cells from the county jail used from 1970 to 2012. (Photo courtesy of Ron Rossmann.)

After some delay due to the COVID-19 pandemic, the independent fan film, “The Devil’s Daughter,” written, produced, and directed by Ron Rossmann, is being filmed this spring and summer. Among its cast is Lillin Rector, of Taylorsville, who plays the title character as a teenager.

Rossmann told The Times that the film is an homage or fan film based on the Harley Quinn (Harleen Quinzel) character in the DC Comics saga, who is the Joker’s girlfriend. He noted the film is a non-profit undertaking because, as a fan film, the film is not licensed by DC Comics but will instead aim to use proceeds to combat domestic violence. Funds raised will go to a shelter or women’s support agency. Rossmann said he and another family member experienced domestic violence as children, so the cause is very important to him. Nearly all the costs of the filming are out of Rossmann’s own pocket.

Rossmann said the film idea dates back to 2016, when he wrote the script as a serious take on the Harley Quinn character, focused on the effects of domestic violence. When he got the script together, he didn’t think it was marketable, because it wasn’t a typical “comic book film.” Then, “The Joker” came out, starring Joaquin Phoenix, and it was well received.

“So, I thought if people are ready for a much more realistic style comic book film, then I think we could put this [film] out,” Rossmann reasoned. “We did some revisions to the script and were going to start producing last year, but of course, COVID hit. So we had to put it off for a year.”

“It’s a fan film in the sense that comic book fans and those who love Harley will like it, but also it’s very dramatic, has a very serious tone, a bit of a horror tone, to it. So, I think people who enjoy horror movies and people who enjoy drama will like it, too. It kind of has a broad spectrum of an audience for a demographic.”

“We’ve got some really significant talent which I’ve been blessed with,” Rossmann continued. 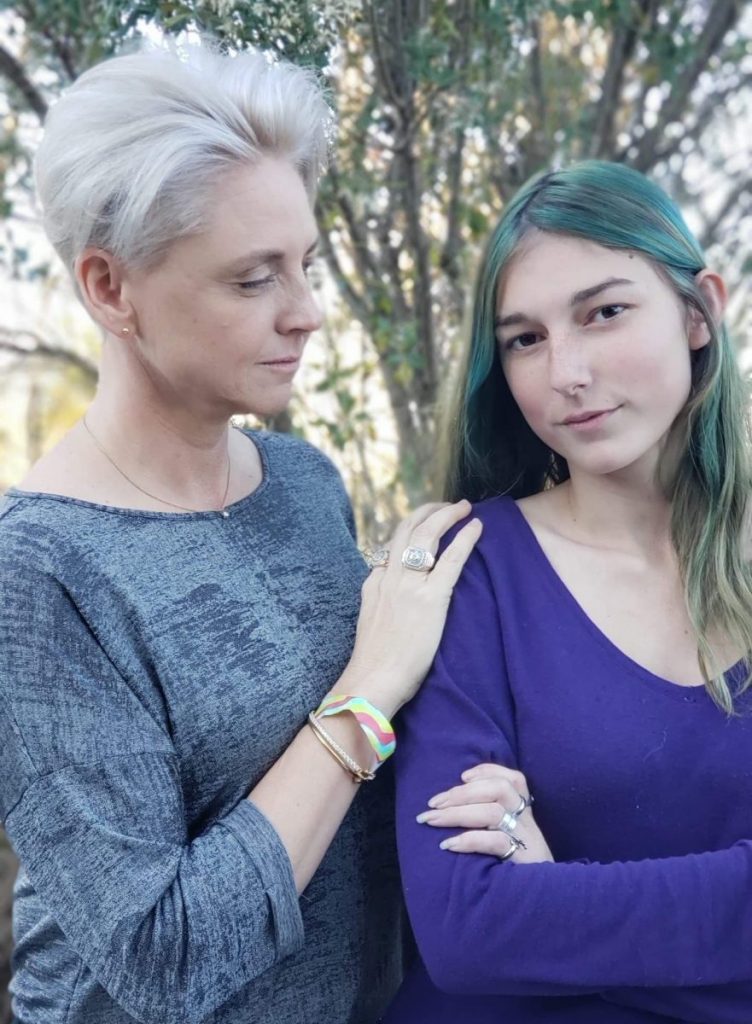 The writer/director also noted the movie is being filmed on location in Taylorsville and other venues in North Carolina.

The Alexander County Courthouse and its former downstairs jail are being used to film scenes for Arkham Asylum, through an arrangement with local officials. “Taylorsville has been very good to us,” said Rossmann.

He noted that a scene is planned to be filmed at a downtown business in Taylorsville, too.

Some scenes are planned on a college campus in the Charlotte area. Scenes have been filmed in Gastonia, uptown Charlotte, and at a haunted house attraction in Hudson.

Scenes with Lillin Rector finished filming in May, Rossmann noted.

Filming has been done on weekends, which has led to a prolonged period for filming, compared to some productions. The crew plans to wrap up filming July 31 in Taylorsville. The film will then go into post-production for editing, color correction, etc. 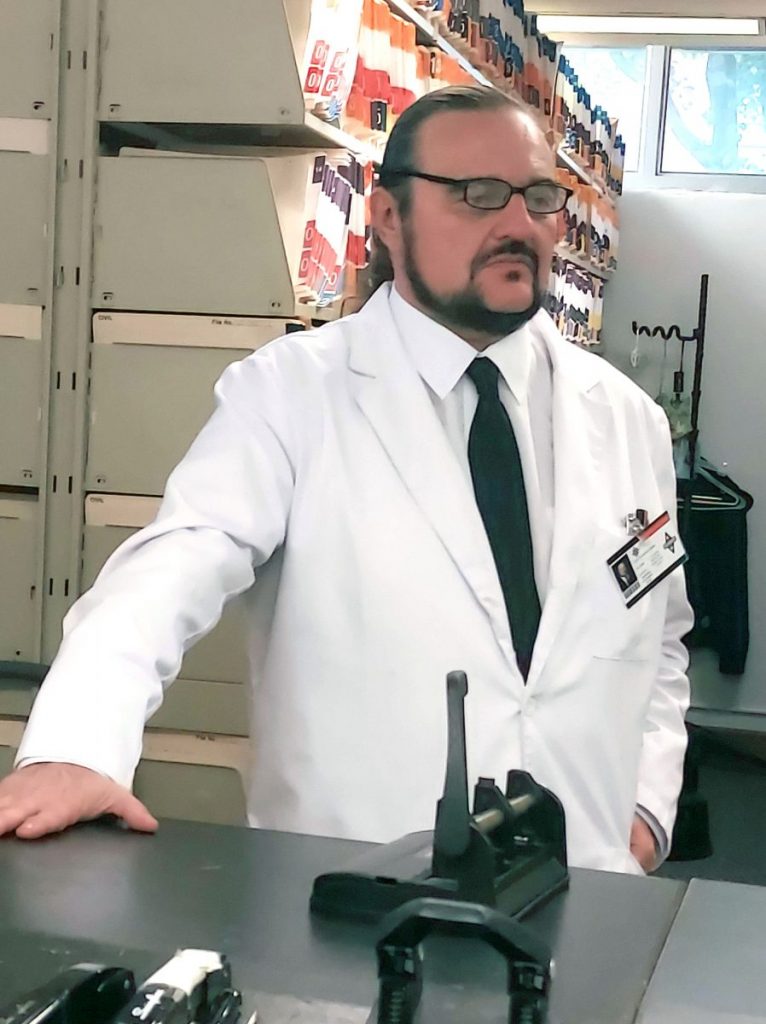 Rossman said he is looking for 30 featured extras, beginning July 3rd and every Saturday through the rest of the month.

A special premiere is planned at Golden Ticket Cinema in Lenoir on Saturday, October 30, 2021. Ticket sale information will be announced in the near future. The following day, on Halloween, October 31, the film will be available to view online. Folks can follow the film’s status at facebook.com/realdevilsdaughter.

Rossmann also hopes a location can be found for the public to view the film in a Taylorsville venue.

“Every time we show the film at a local movie house or event, we’re going to charge admission. Those proceeds will go to a local domestic violence shelter or women’s support agency, so we can use the film to give back to the community and use it as a tool to help those going through domestic violence,” Rossmann stated.