A Stony Point man faces several charges after a vehicle chase which ended in a crash — into the Alexander County Jail.

On Saturday, September 11, 2021, at approximately 6:30 p.m., numerous calls came into Alexander County Communications in reference to a careless and reckless driver who was traveling through fences and yards in the Sugar Loaf and Vashti communities of Alexander County, according to Sheriff Chris Bowman.

Officers with the Alexander County Sheriff’s Office and North Carolina State Highway Patrol responded to the area, where they located a white Dodge Durango SUV traveling on Black Oak Ridge Road. The vehicle was driving erratically and failed to stop, which led to officers pursuing the vehicle. The vehicle continued to travel on Black Oak Ridge Road. Taylorsville Police Department also responded to the area.

Stop sticks were deployed at the intersection of Black Oak Ridge Road and Jay Burke Road; however, the vehicle swerved to avoid the stop sticks. The vehicle continued on Jay Burke Road to Old Wilkesboro Road. Stop sticks were deployed again by Taylorsville Police Department at the intersection of Mountain Laurel Lane and Old Wilkesboro Road; however, the vehicle swerved and again avoided the stop sticks.

The vehicle continued onto West Main Avenue, then to 2nd St. SW, and onto NC Highway 16 South, where the vehicle sped up to approximately 70-80 MPH.

As officers attempted to pass the vehicle in an attempt to slow the vehicle down, the driver swerved and struck a patrol vehicle. The vehicle continued down NC Highway 16 South and turned down Commercial Park Avenue, where the vehicle entered a gravel lot at a building owned by Alexander County. As officers exited their patrol vehicles, the vehicle accelerated, causing officers to jump out of the way to avoid being struck. Two patrol vehicles were struck.

The vehicle traveled back up Commercial Park Avenue and turned into the parking lot of the Alexander County Sheriff’s Office, where the vehicle drove through the exit door of the sallyport and came to a stop. Officers exited their patrol vehicles and gave commands to the driver of the vehicle. The driver was extracted from the vehicle, where he continued to resist officers and refused to follow verbal commands. The driver was placed under arrest, after which the vehicle was searched and towed to the Alexander County Sheriff’s Office Evidence Impound Lot. 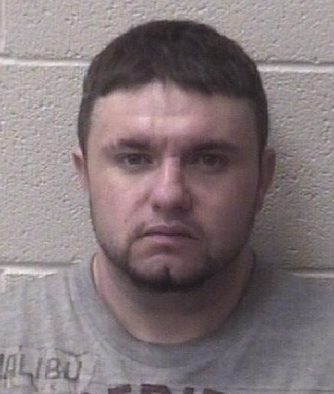 The driver was identified as Brantly Lee Minton, W/M, age 33 of Stony Point. He was charged with the following: one count of Felony Flee/Elude Arrest with a Motor Vehicle, three counts of Felony Assault with a Deadly Weapon on a Government Official, one count of Driving with License Revoked, one count of Reckless Driving to Endanger and one count of Misdemeanor Injury to Personal Property.

Minton was placed under a $350,000 secured bond with a first appearance date of Monday, September 13, 2021, in Alexander County District Court.

“We’re fortunate that no one was hurt, with the way the suspect was driving,” Bowman said. He also noted that jail’s sallyport is a busy spot, and people are often inside that space as inmates are being tranported in and out of the jail, meals are delivered, and officers walk from the Sheriff’s Office to the Jail side of the facility.

Sheriff Bowman wished to thank the North Carolina State Highway Patrol and the Taylorsville Police Department for their assistance in this incident. 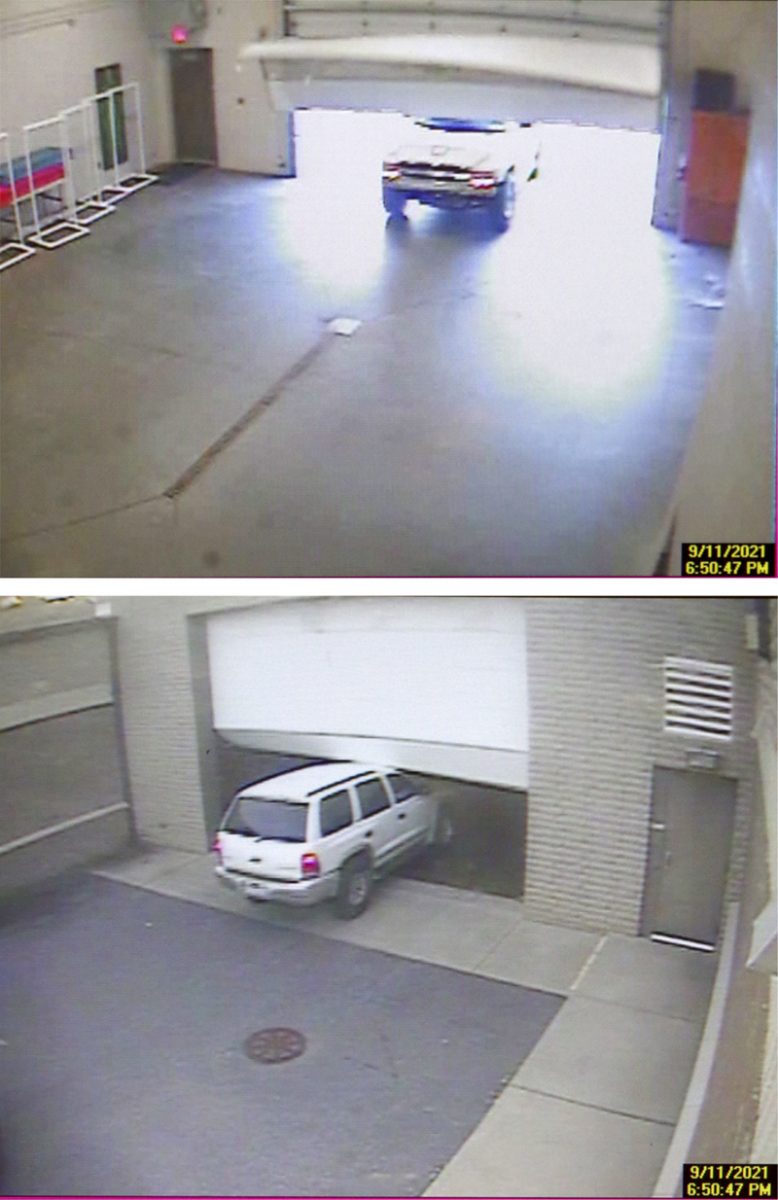