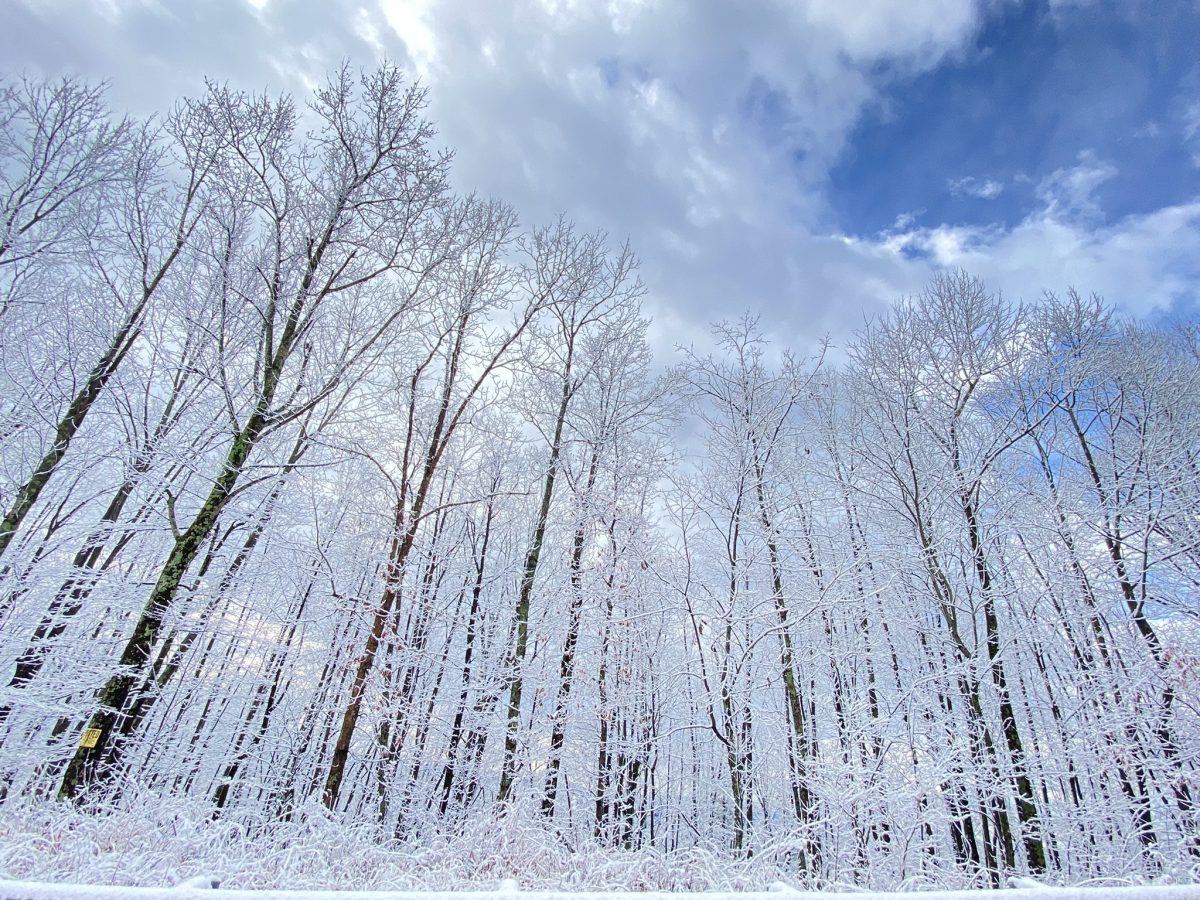 SNOW FELL ON HIGH ELEVATIONS IN ALEXANDER OVER WEEKEND — A fast moving storm front brought not only thunderstorms to the region Sunday night, Jan. 2, 2022, but also ushered in a blast of cold air that brought rain, sleet, and snow to the area. High elevations in Alexander, like Moore Mountain Road near the Wilkes County line, became a winter wonderland on Monday morning before temperatures rose later in the week.

The National Weather Service forecast for Taylorsville for Thursday-Saturday, Jan. 6-8, is as follows:

Thursday
A 40 percent chance of rain after 4pm. Increasing clouds, with a high near 50. Light and variable wind becoming south southeast 5 to 7 mph in the afternoon. New precipitation amounts of less than a tenth of an inch possible.
Thursday Night
A chance of rain and snow before 11pm, then a slight chance of snow between 11pm and 1am. Cloudy during the early evening, then gradual clearing, with a low around 23. Light west northwest wind increasing to 5 to 9 mph in the evening. Chance of precipitation is 50%. Little or no snow accumulation expected.
Friday
Sunny, with a high near 37. West northwest wind around 7 mph.
Friday Night
Mostly clear, with a low around 19. Calm wind.
Saturday
Sunny, with a high near 41.
Saturday Night
Partly cloudy, with a low around 27.
Posted in Breaking News, News