The Taylorsville Police Dept. is searching for a suspect in a shooting which occurred last week on Thursday, June 9, about 6:20 p.m. at Food Lion in Taylorsville. An illicit drug deal which went sour is identified as the root cause of the shooting.

According to the police report filed by Det. Sgt. E.T. Windsor, Taylorsville Police responded to a call about shots fired in the area of Food Lion on Thursday afternoon. The officers located broken glass in the parking lot and a shell casing from a firearm.

Officers roped off the area, collected evidence, and interviewed witnesses at the scene. One witness told officers that an altercation happened between the occupants of a black Ford F-150 pickup and a red Chevrolet sedan. The witness saw a man exit the truck’s passenger side and another exit the truck on the driver’s side. The man from the passenger side went around the red car and entered the driver’s side back seat. Shots were fired. The red car immediately sped away. 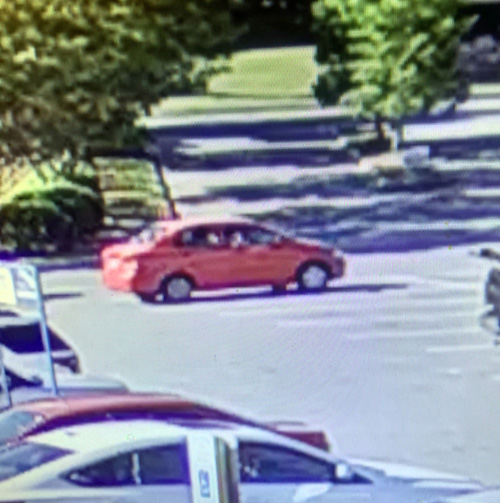 When police posted images of the black truck and red car on social media, asking for public assistance, the driver of the truck called police and identified himself.

Through conversations with the truck owner and evidence collected from the man’s home and vehicle, officers learned the incident involved a “drug deal gone bad.” At first, the man driving the black truck who called police said he was simply meeting another person at the store to sell shoes and that man attempted to rob him. However, further investigation revealed the man in the truck is a convicted felon who does not have a valid driver’s license, but he admitted to driving to Food Lion to sell marijuana in the parking lot.

Police are conferring with the District Attorney’s Office on the charges to be filed against the driver of the pickup, whose name was not released.

If anyone knows the identity and whereabouts of the people in the red Chevrolet sedan involved in this shooting, they are asked to contact Taylorsville Police at 828-632-2218.