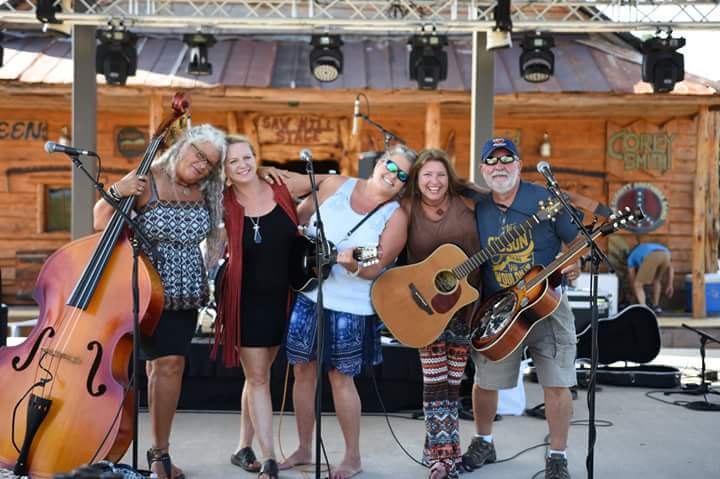 The Ya Yas Band will start the season’s free Summer on the Square concerts on Friday, June 16, 2017.

In partnership with the Town of Taylorsville and Alexander County Government, the Hiddenite Arts & Heritage Center is pleased to announce an exciting line up of performers for the annual Summer on the Square Free Concert Series. This unique collaboration between local government and the arts is credited with providing diverse live music and cultural entertainment in downtown Taylorsville at no cost to the public.

During the summer months of June, July, and August, the Hiddenite Arts & Heritage Center will host a monthly free concert on the town square, featuring talented performers, a family friendly atmosphere, and entertainment that will appeal to all ages. All Summer on the Square concerts begin at 7:00pm and are held on the Alexander County Courthouse lawn in Taylorsville (29 W Main Avenue). In case of rain, concerts will be moved to The Center’s Educational Complex (70 Hiddenite Church Road). Audience members are encouraged to bring lawn chairs and picnic blankets for their convenience.

Summer on the Square will kick off on Friday, June 16th with foot stomping Americana and Folk music from The Ya Yas Band.

The Ya Yas band began as a group of friends writing songs and making music along the river. The band’s three original members, Kim Shaw of Moravian Falls, Donna Gant Latham of Taylorsville, and Michelle Fox Smith of Love Valley, blended their instruments with Cathy Huffman of South Mountain.

These four ladies, along with banjo picker Gary Saunders of Lenoir, use their funked-up Americana style to bring life to the stories in their songs. These original pieces are heartfelt messages of hope, love, friendship, joy and the heartaches of life. The essence of the music spans the genres from bluegrass and gospel, to outlaw and alternative, with rhythm and roots and country as the main influences.

Live shows are the source of the Ya Ya movement, picking and singing three and four-part harmonies that come straight from the heart.

The Summer on the Square Free Concert Series continues on Friday, July 14th with bluegrass music from “The Local Boys.” With all members having deep roots in traditional music, they have a love for musical styles that have influenced and evolved from old time, country, and bluegrass. Their members include: Aaron Soots-guitar/vocals, Steve Holman-guitar/vocals, Eric Childers-Dobro/vocals, and Rick Gaughan-Bass/vocals. 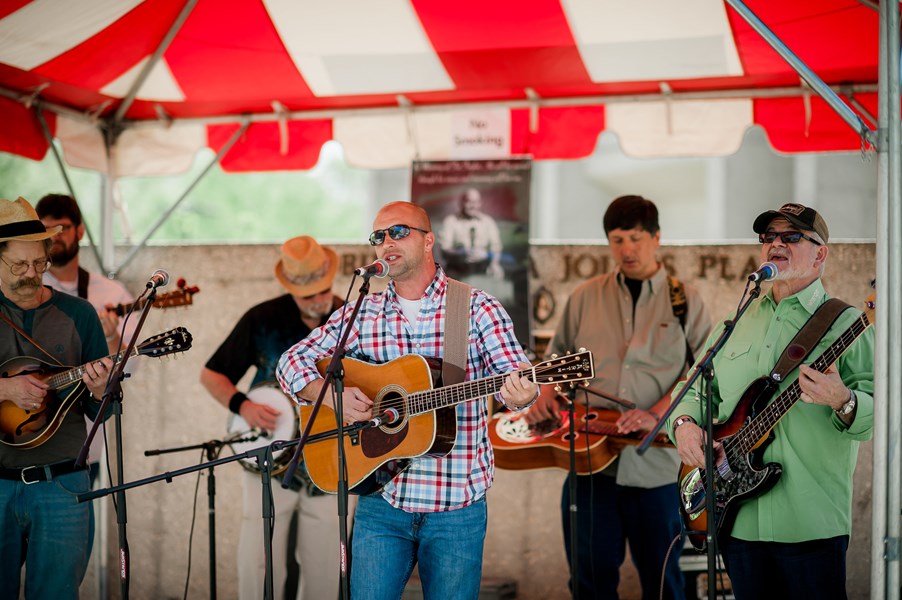 The 2017 Summer on the Square finale concert will be held on Friday, August 25, with a performance by “The Night Move Band.” The Center is pleased to present this legendary, 6 piece band performing R&B, Beach, Classic Rock, and Funk music and features 4 part harmonies on many of their songs. The band features 5 vocalists with each taking a turn at singing lead. Phil Witherspoon and Ron Skinner of Alexander County, Mike Lord of Iredell County, Larry Arndt of Catawba County, Michael D Roof of Cleveland County, and Paul Mitchell of Mecklenburg County.