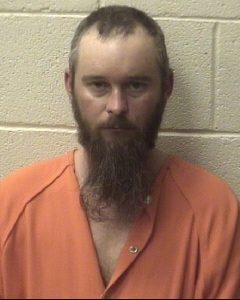 A manhunt has ended for a suspect in a double shooting that occurred in the Ellendale Community of Alexander County on Saturday evening, July 1, 2017, after the suspect was found dead on Sunday, July 2, in Caldwell County.

As of Sunday morning, July 2, at 8:30 a.m., there was one suspect in custody and a manhunt for another suspect, Sheriff Bowman said.

According to the Sheriff, officers were searching for Jeremy Wayne Fletcher, of Lenoir, estranged husband of the deceased, on Draco Road in the Lenoir area on Sunday morning.

Jeremy Fletcher was found deceased from an apparent suicide by hanging on Sunday, July 2, about 10 a.m., in a barn at his residence on Duck Creek Lane in Caldwell County.

Officers had already arrested his father, Timothy Fletcher, in connection to the case.

Bowman said warrants had been drawn for Jeremy Wayne Fletcher, on charges of murder and assault with a deadly weapon with intent to kill inflicting serious injury. 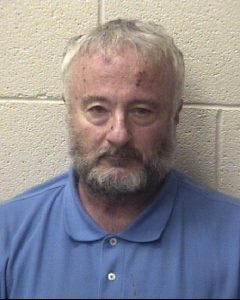 As reported this spring by The Times, on March 1, 2017, at approximately 6:27 p.m., the Alexander County Sheriff’s Office, along with Taylorsville Police Department, responded to the area of 67 Old Wilkesboro Rd. Ext. in Taylorsville in reference to a shooting, according to Sheriff Chris Bowman.

Upon arrival, a truck came driving into the parking lot of Propst Superette on Hwy. 16 North, and inside was a woman suffering from a gunshot wound to her leg.  A man was driving the vehicle.

A Taylorsville Police officer was able to put a tourniquet on the victim’s leg until EMS arrived. The victim was transported to Wilkes Regional Medical Center and later transferred to Baptist Hospital in Winston Salem.

The investigation revealed that the shooting occurred at a residence on Wike and Park Lane, located off of Pleasant Hill Church Road in Taylorsville. Charges were filed against Jeremy Wayne Fletcher, age 34 of Duck Creek Lane, Lenoir.  He was charged with assault with a deadly weapon inflicting serious injury with intent to kill, DWI, and he also had an outstanding warrant for injury to personal property from Caldwell County. Sheriff Bowman said the victim was Fletcher’s estranged wife, Ami Fletcher.

A no bond order was set for Fletcher on March 1, 2017. Fletcher’s court date was held Thursday, March 2, 2017, in Alexander County District Court, before Judge Christine Underwood. Fletcher waived his right to a court appointed attorney in order to hire his own counsel. His bond was set March 2 at $20,000 secured and Judge Underwood ordered Fletcher to have no contact with the victim.