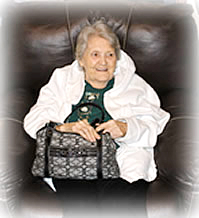 Mary “Louise” Summers Harris Chapman, 80, of Hiddenite, passed away on July 24, 2017 after a lengthy illness.

Louise was born on January 24, 1937, in Iredell County, daughter of the late Nathan C. and Martha Pearl Shoemaker Summers. She was a homemaker and had worked in the restaurant industry.

In addition to her parents she was preceded in death by her husband, Fred Harris, Sr., in 1962; a son, Fred Harris, Jr.; and a daughter, Rhonda Harris Wooten.