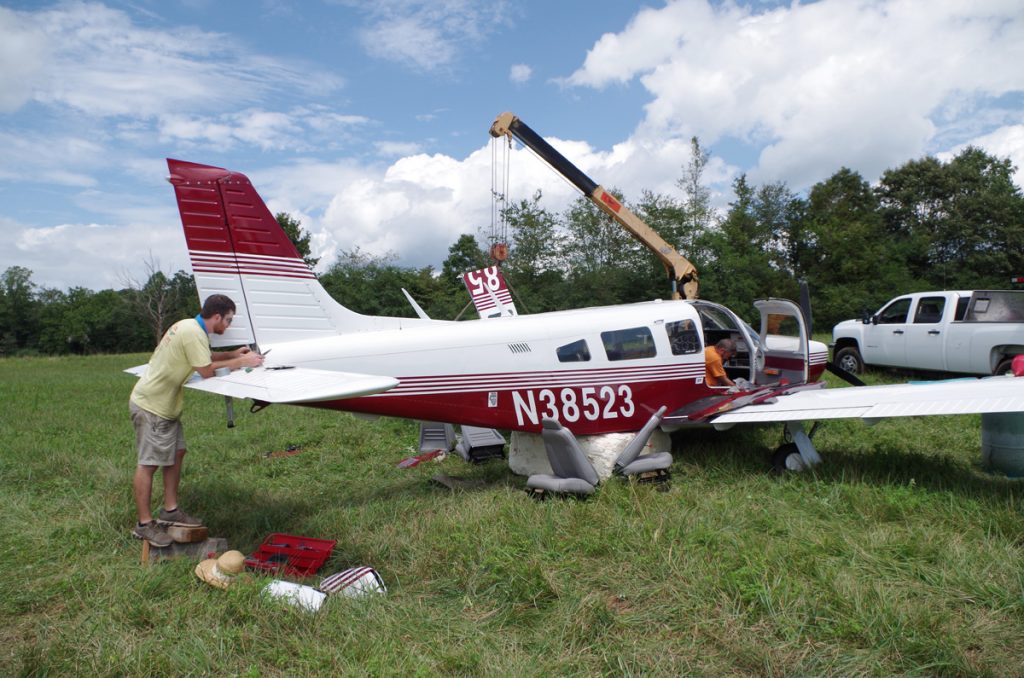 Above, Atlanta Air Recovery members Caleb Stephens (left) and Todd Thaxton are shown at work Friday, Aug. 18, 2017, as they dismantle a 1977 Piper Lance airplane, which suffered engine trouble. Its pilot made a forced landing in a field near the intersection of Hopewell Church Road and Sulphur Springs Road on Wednesday, Aug. 16.

A pilot who was operating a single-engine aircraft has made a forced landing in a field on Wednesday evening, August 16, 2017.

The pilot, Ted Heavner, and his wife, Tammy, of Lincoln County, NC, spoke with The Times by phone August 28.

“The engine went out, and I had to set it down,” Mr. Heavner said, regarding the forced landing.

Tammy Heavner noted that “there was not a scratch on him,” and that Mr. Heavner is doing well. A couple of concerned citizens who observed his landing had approached Mr. Heavner after the plane landed, but he had exited the plane and ran toward them, fearing the nearly-full fuel tank might catch fire. Thankfully, it did not catch fire.

“My dad is the pilot of this plane and, by the grace of God, he was able to land it in this field without injury to himself or anyone else. He also avoided hitting a house, a barn, and cleared a power line,” stated Asheleigh Brusso, in an online submission to The Times. “My dad walked away without a scratch on his body and did an amazing job of handling himself in a crisis.”

It was observed at the scene that the extent of damage to the airplane was a visible dent in one wing and partially buckled landing gear.

A crew with Atlanta Air Recovery, of Griffin, GA, consisting of Caleb Stephens and Todd Thaxton, was on the scene Friday afternoon, August 18, to dismantle the plane and transport it to Georgia.

The Federal Aviation Authority (FAA) lists the event as an “incident” and describes the plane as a 1977 Piper fixed wing single-engine aircraft.

Drake Enterprises, of Lincolnton, NC, is latest at the registered owner of the airplane.

Mr. Stephens added the plane is a Piper Lance.

Editor’s Note: This posting corrects statements about the pilot’s consciousness after the crash which were incorrect. 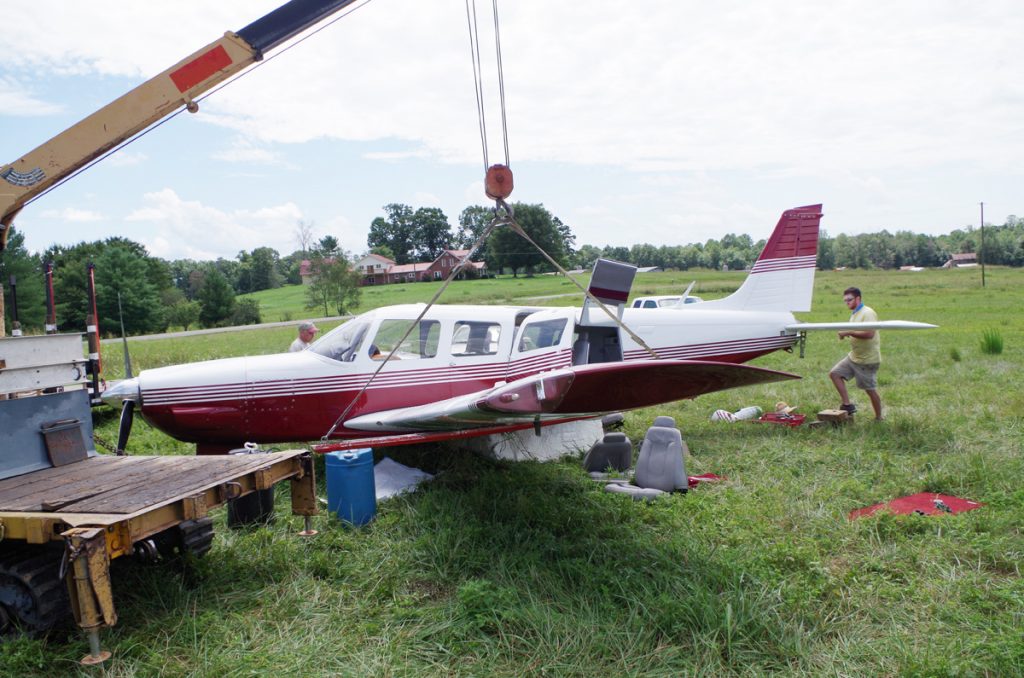