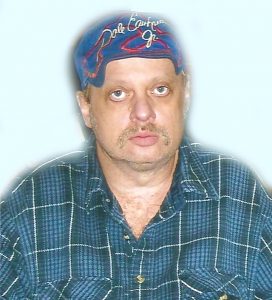 He was of the Baptist faith. Jerry loved watching NASCAR, playing games, tinkering with small appliances, and cooking. He was soft spoken with a great sense of humor and a heart of gold.

Including his father, he was preceded in death by a son, Shane Wallace; and two brothers, James Edward Wallace and Tommy Timothy Wallace.

Those left to cherish his memory include his mother, Nelzie Wallace of the home; three sisters, Linda Wallace Bebber and husband Ricky, Darlene Wallace Davis and husband Michael, and Tricia Bremer, all of Taylorsville; and a number of nieces and nephews.

No formal services at this time.

Adams Funeral Home and Cremation Services is honored to be serving the Wallace Family.