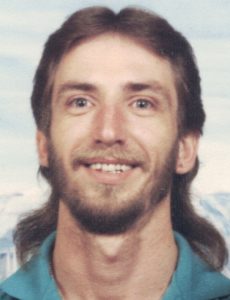 He was born to the late Thomas William Branson and Beulah Hudson Branson in Forsyth County on July 10, 1961.

He was an avid hiker and loved hiking the Appalachian Trail, along with fishing. David also enjoyed playing his guitar and throwing darts in his free time. He was a veteran of the United States Marine Corps.

In addition to his mother and father, he was preceded in death by two nephews and one niece.

Those left to cherish his memory are his son, Steven Branson and wife Brooke; sisters, Linda McClain and husband George, Mary Cagle and husband Willie, and Sandra Whitestone and husband John; a brother, Thomas Branson; a number of nieces and nephews; and a lifetime friend, James Hall.

A Memorial Service will be held on Saturday, September 9, 2017, at Alexander Funeral Service, at 2:00 p.m., with Rev. Gary Jennings officiating. Military Rites will be provided by DAV Chapter 84 of Taylorsville and Chapter 6 of Hudson. Inurnment will be with the family.

In lieu of flowers, all donations may be made to Locks of Love and/or Appalachian Trail and Conservatory.