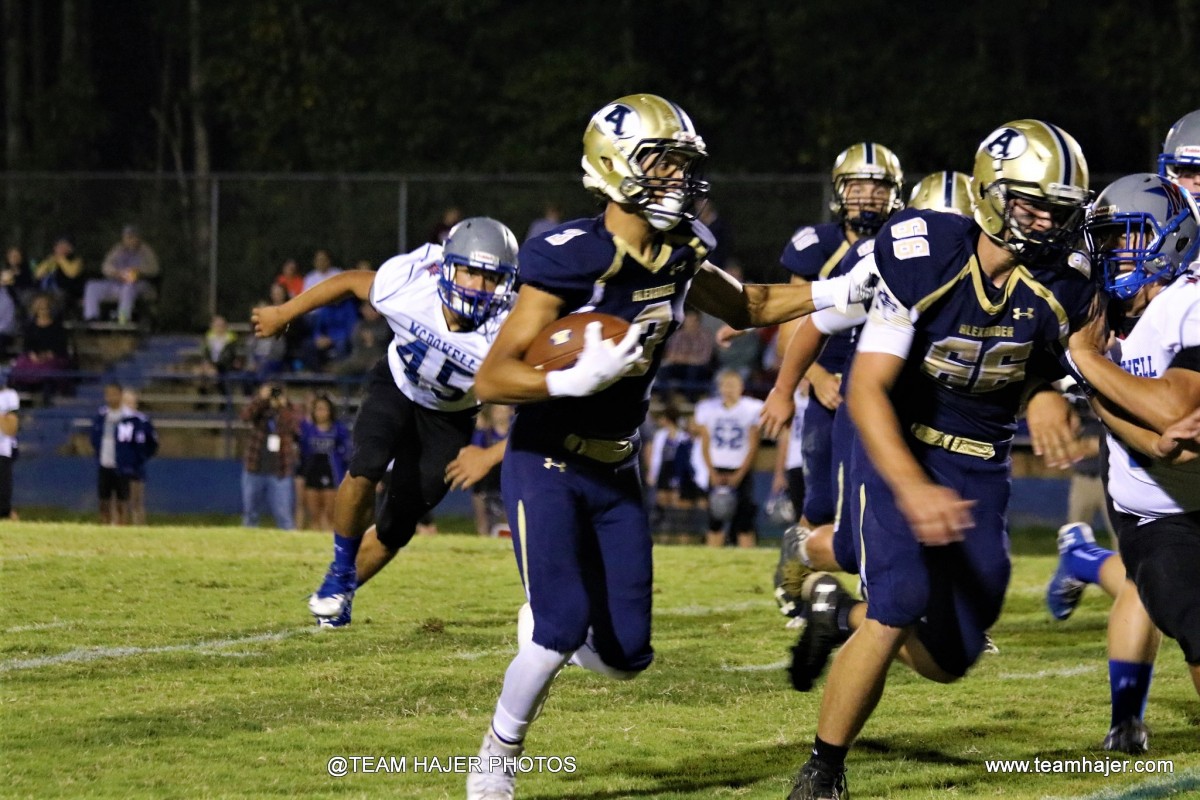 Alexander Central’s Varsity Football Team fought through a sluggish first half before breaking the game open in a 55-21 win over the McDowell Titans on Friday night, October 13, in Taylorsville.

Alexander, which improved to 4-0 in the NWC and 8-0 overall with the win, scored 41 points in the second half, while limiting the Titans to just 14 points over the final two frames. The score was tied at 14-14 midway through the third period. However, ACHS scored six touchdowns in six possessions in the second half to secure the win and maintain its hold on first place in the league.

The Cougars tallied 535 yards rushing and 662 total yards of offense in the game. One highlight in the game came in the third quarter when senior Bryson Godfrey exploded for a 66-yard touchdown run, his third score of the night. With the run, Godfrey surpassed 2001 graduate Chris Scott to become the all-time leading rusher in Alexander Central Football history. Godfrey finished the night with 218 rushing yards and a pair of rushing TDs. He also added four receptions for 50 yards and a score. 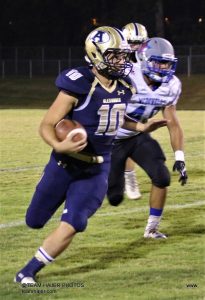 DOING HIS THING – Senior back Devon Weiss ran for 167 yards and a score in Friday’s win over McDowell.

Devon Weiss also enjoyed another huge game rushing the football. The senior fullback carried the ball 22 times for 167 yards and a score.

Defensively, junior defensive tackle Isaac Chapman spent much of the evening in the Titan backfield, leading an Alexander defense which collected a season-high five quarterback sacks.

Things will not get easier for the Cougars next week when Alexander welcomes St. Stephens to Taylorsville for the 2017 Senior Night game on Friday, October 20, in Cougar Stadium. 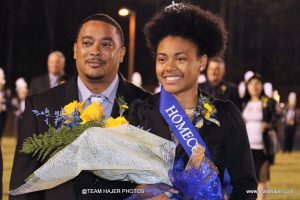 Senior KeyKey Miller was crowned the 2017 ACHS Homecoming Queen during halftime of the October 13 game vs. McDowell

The Indians chalked up a monster win in the NWC on Friday night with a 26-21 upset victory over the Watauga Pioneers.

In other NWC action on Friday, Freedom humbled South Caldwell 28-3 and Hickory won an offensive shootout with West Caldwell 66-49.

See more game details and coverage in the October 18 edition of The Taylorsville Times next Wednesday afternoon.

For tons of photos from Friday’s Homecoming win over McDowell visit www.teamhajer.com. 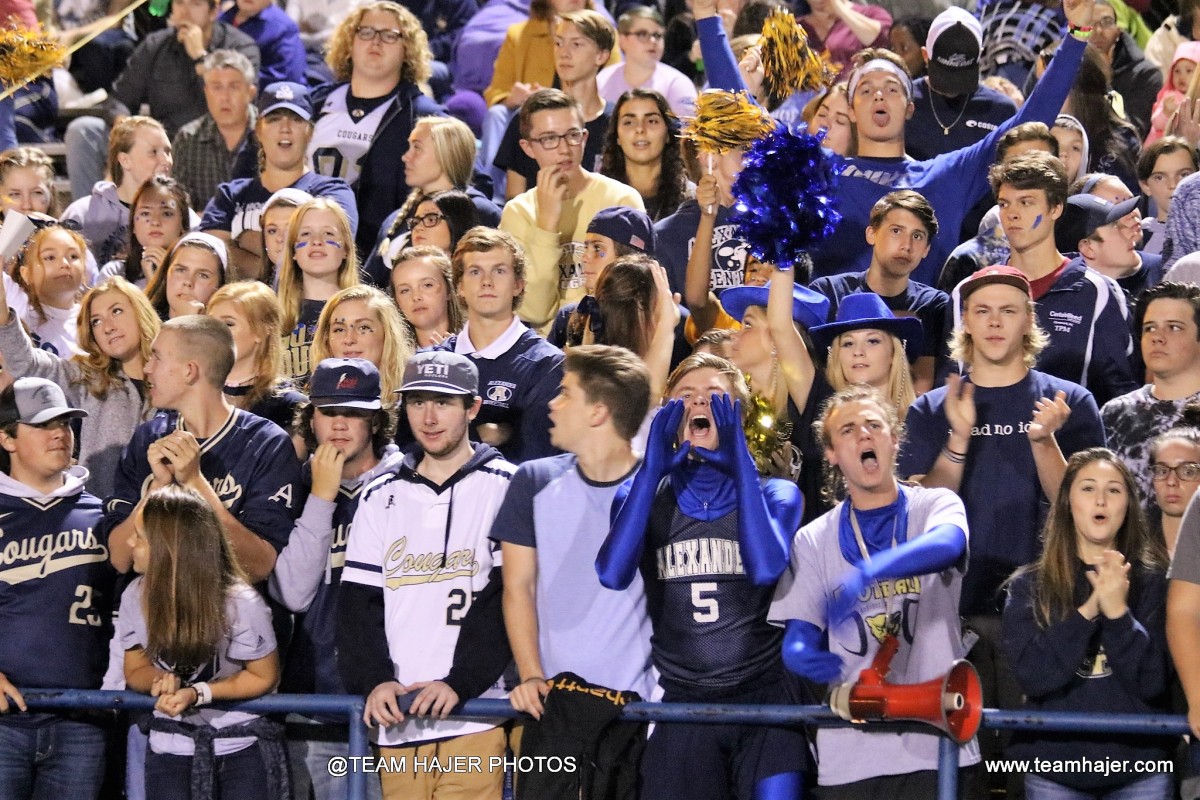 The ACHS student section was loud and proud on Homecoming.