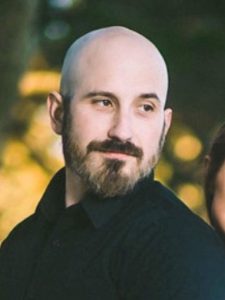 Benjamin Emanuel Bower, 33, passed away peacefully in the arms of his parents on Tuesday, November 28, 2017 at UNC Memorial Hospital in Chapel Hill.

Born May 12, 1984, he was the son of Leo E. Bower and Kimberly S. Kelley of Hickory, and was the light of their world. Ben spent his childhood in Hickory, and graduated from Alexander Central High School, in Taylorsville, in 2002.

Ben was a graduate of Appalachian State University and was a Personal Banker for Wells Fargo, NA in Wilmington. He was a very loyal and loving friend to many and was the best son a parent could ever ask for. He enjoyed and excelled in many sports throughout his life. Ben was always very health conscience and spent most of his time at the gym working out and training others.

Benjamin was preceded in death by his maternal grandparents, Jon C. and Linda C. Swayngim, and his paternal grandfather, Egbert E. Bower.

Those left to cherish Ben’s memory are his wife, Alexandra Lipford of Wilmington; father, Leo Bower; mother, Kimberly Kelley and husband Rick Kelley; step-brothers, Jesse Kelley (Chasity) and Jason Kelley; and nephews, Nate Kelley, Max Gilbert, and Christopher Kelley, all of Hickory. Also left to cherish his memory are many aunts, uncles, and cousins who loved him.

A memorial service will be held to honor Benjamin’s life on Saturday, December 2, 2017 at Hickory Funeral Home. The family will receive friends from 1:00 – 1:45 p.m. The Celebration of Life service will begin at 2:00 p.m., followed by a reception and balloon release in the colors of his alma mater, Appalachian State University.

Memorial donations may be made to the Benjamin Bower Memorial Scholarship Fund that will be established for a senior student athlete at Alexander Central High School. The address is 58 Swayngim’s Lane, Hickory, NC 28601.

Hickory Funeral Home is in charge of arrangements.