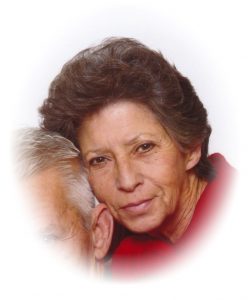 She was born December 27, 1952, in Wilkes County, daughter of John Grant Elledge and Joan Caldwell Elledge. She was married to Jim Hendrix of Charlotte.

Those left to cherish her memory are her children, John Presley Kilby and wife Wendy from Sherrills Ford, and Tosha Kilby Brown and husband Joey of Hiddenite; five grandchildren, Magen Brown, Braxton Brown, Caleb Brown, Alan Kilby, and Tynnleigh Kilby; her mother, Joan Phillips of Boomer; a sister, Karen Erwin of Boomer; and many lifelong friends.

Sandra was of the Baptist faith and loved spending time with her family. Due to her declining health, she could not get out much but enjoyed watching hummingbirds visit her feeders right outside the window of her home.

A memorial service to celebrate Sandra’s life will be held on Thursday, March 1, 2018, at 7:00 p.m., in the chapel of  Alexander Funeral Service. Inurnment will be with the family.