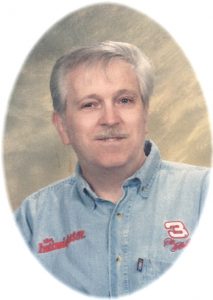 Born to the late Fred Revis Brock and Pearlee Respy Bentley Brock, who survives, on December 23, 1948, he was a member East Taylorsville Baptist Church. Freddy served in the United States Army during Vietnam, where he was a combat infantryman, and was awarded two Bronze Stars.

He was a self-employed logger until his retirement. He had also operated John and Fred’s General Construction. Freddie was a graduate of Wilkes Community College in Auto Mechanics. He adored his grandchildren, and enjoyed trout fishing and golf.

In addition to his father, he was preceded in death by a brother and sister, Earnest “Sonny” Brock and Linda Brock.

In addition to his mother, he is survived by his wife, Pat Wingler Brock of the home; and a son, Freddy and wife Cindylou Brock of Moravian Falls. Four grandchildren cherish Freddie’s memory, Amber Brock Mays and husband Adam of Stony Point, and Hannah, Gabriel and McKenna Grace Brock, all of Moravian Falls. Freddy has three sisters, Hattie Garrett, Margret Johnson and husband Lewis, and Betty Robinson and husband Ron, all of Wilkesboro. There are a host of nieces and nephews.

Graveside services will be held on Tuesday, June 12, 2018, at 11:00 a.m., in the Walnut Grove Baptist Church Cemetery, in Moravian Falls, with full Military rites. The family will receive friends at the grave.