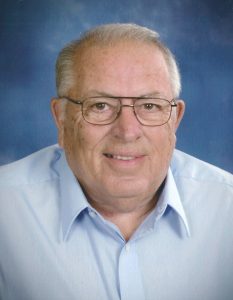 David Paul Chapman, 79, of Stony Point, left this world for his eternal home on Tuesday, July 24, 2018 following an automobile accident.

He retired from Kewaunee Scientific Corp. in Statesville after 35 years of service. He loved tinkering with cars, auto racing, being outside, going to events with his grandchildren and spending time with his family. He was a member of Lebanon Baptist Church and was a huge supporter of the Stony Point Volunteer Fire Department.

Including his parents, he was preceded in death by his wife of 53 years, Linda Kay Keever Chapman.

The funeral service will be held at 2 p.m., Saturday, July 28, 2018 at Lebanon Baptist Church. Rev. Keith Childers and Rev. Eddie Jolly will officiate. Burial will follow in the church cemetery. The family will receive friends from 6-8 p.m., Friday, July 27, 2018 at Adams Funeral Home.

Memorials may be made to: Lebanon Baptist Church Building Fund or to Gideons International.

Adams Funeral Home and Cremation Services is honored to be serving the Chapman Family.