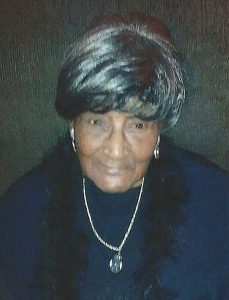 Lorene Redmon, 85, of County Home Road, Conover, passed away on Friday, February 15, 2019 at Conover Nursing and Rehabilitation in Conover.

Lorene was born July 27, 1933, in Alexander County, the daughter of the late Espie Redmon and Beulah Mae Alexander Redmon.

She had worked as a nursing aid and caregiver and was a member of Kingdom Hall of Jehovah Witness “Taylorsville Congregation” for at least 45 years, where she was very active in field service for the church. She loved to cook, go to yard sells, work puzzles, reading and Bible study daily. She drove like Dale Earnhart.

Including her parents, she was preceded in death by two sons, Douglas Edward Redmon and Sandy Bruins Redmon; a sister, Virginia Redmon; and a brother, Marion Evertte Redmon.

The family will do a memorial service at 5 p.m., Friday, February 22, 2019 at Kingdom Hall of Jehovah Witness, 455 Millersville Road, Taylorsville.

Memorials may be made to: Catawba Hospice, 3975 Robinson Road, Newton, NC 28658; or to the family for final expenses.

Adams Funeral Home and Cremation Services is honored to be serving the Redmon Family.