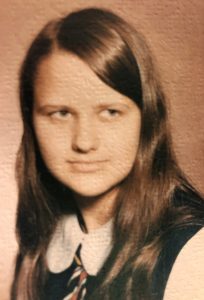 Ruthy Jean Cline Roop, 64, of Taylorsville, passed away on Tuesday, July 23, 2019 after a lengthy illness at Frye Regional Medical Center.

She was born on December 21, 1954, the daughter of the late John Kelsie and Ruth Goble Cline. During her career, Ruthy worked as a shipping clerk for Hickory Springs. She attended Smyrna Baptist Church and had a special love for her family, especially her grandchildren. Ruthy also enjoyed going to the flea market, yard sales, taking pictures, cooking, and watching NASCAR.

Along with her parents, she was preceded in death by her nephew, Gary VanOrden.