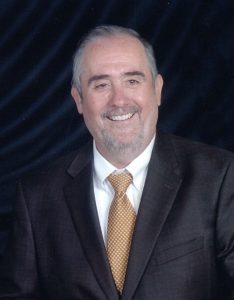 Grady Aldean “Al” Crouse, 66, of Hickory, was born January 17, 1953, in Wilkes County, to the late Mitchel and Annie Crouse and died October 5, 2019 surrounded by his loving family. He was the youngest child of a family of 12.

In addition to his parents, he was preceded in death by brothers, Charlie, Kenneth and Larry Crouse; and sisters, Alma Baker, Virginia Pruitt, Clara Mae Kirby, and Pansy Thomas; as well as his father-in-law, Hugh Swaim.

Those left to cherish his memory are his wife of 45 years, Beth Swaim Crouse of the home. Surviving siblings are one brother, Henry (Dorothy) Crouse of Independence, Virginia, and three sisters, Iva Dean Dobbins, Mary Colbert, and Ima Jean Mason, all of Elkin. He is also survived by his mother-in-law, Jessie Swaim of Jonesville; brothers-in-law, Davis (Sherry) Swaim of Waynesville, and Jerry Kilby of Millers Creek; and sister-in-law, Mae Crouse of Elkin; along with many nieces, grand-nieces, nephews, and grand-nephews, and especially Rachel, Natalie, and Sarah Swaim who had a very close relationship with their “Uncle Allie.”

Mr. Crouse attended North Wilkes High School and continued his education in insurance seminars and workshops and founded the Al Crouse and Associates Insurance Agency in Hickory where he was known to be a fair and honest insurance agent. He was awarded many honors and trips through his career of 45 years, up until he was no longer able to work. His goal was to help each person make the best choice for insurance and his reputation personified that goal.

As a member of Antioch Baptist Church in Taylorsville, Al served on many committees: insurance advisor, Nominating Committee, Building Committee for the current church, Deacon, Sunday School Director, and others. One of his favorite ministries of the church was the annual golf tournament he began in 2008 with which to raise money for missions. During his tenure as chairman of the golf tournament, over $110,000 was raised for local, state, and national missions. He served as chairman for 10 years until his health prevented him from continuing. Al was very generous to many needs in the church and community. He was a faithful member of the Becomers’ Sunday School class and was an inspiration to all who knew him. He will be missed by his family, friends, neighbors, and co-workers.

Services will be as follows: visitation at Antioch Baptist Church on Monday, October 7, from 6 – 8 p.m. The funeral on Tuesday, October 8, at 4:00 p.m., will be conducted by Reverend Scott Good and assisted by Reverend Gary Jennings at Antioch also. Pallbearers will be members of his Sunday School Class. Burial will be held at a later date.

Memorials may be given through the church or The NC Baptist Children’s Home.