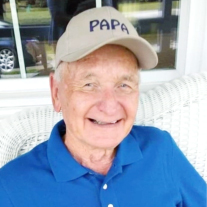 Being a lifelong Miami Dolphins and LA Dodgers fan, he was accustomed to having a broken heart when it comes to sports. That turned around when he became a coach for East Rowan High School. Being head baseball coach from 1968-1985, Phil had 256 wins and 60 losses, with not a single loss at a home game. He also led his teams to three state championship wins.

Phil was a loving husband, father, grandfather, brother, friend, and coach. Because Phil despised fruits, vegetables, chicken, and anything remotely healthy, it was a shock to the family that the dementia was what took him from them.

In addition to his parents, Phil was preceded in death by his son, Josh P. Harbinson, and his Lily-dog.

Visitation for Phil will be Saturday, October 12, at 12 p.m., at Mount Tabor UMC with a celebration of life following at 1 p.m., conducted by the Rev. Kris Mares. Burial will follow at Rowan Memorial Park.

Summersett Funeral Home is assisting the Harbinson Family. Online condolences may be made at www.summersettfuneralhome.com.