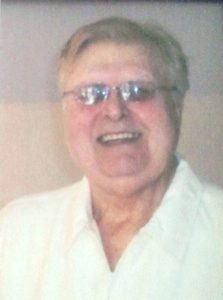 Charles Andrew Morrell, 77, of Stony Point, passed away Sunday, October 20, 2019, at Novant Hospital in Huntersville, after a short period of declining health.

Charles was born May 11, 1942, in Hartford, Connecticut, to the late Halstead and Lana Morrell. After high school, he enlisted in the U.S. Army and spent most of his active service in Germany. After his time in the military, he attended college in California and earned his BA degree from St. Mary’s College.

Most of his professional career was working as a sales representative for national companies. In 1993, his employment brought him to the Piedmont area where he found the area to be his choice for future retirement. In 1997, he directed his sales experience toward insurance work and worked as an agent in the David Goodin Agency of Allstate Insurance in Taylorsville for two years and with the Jim Love Agency of Allstate in Statesville for 10 years.

Charles enjoyed many hobbies, including watching old classical movies and TV westerns, and doing biographical research on the actors. Collecting mementos of family history and his traveling experiences were also his interests.

Charles is survived by two brothers and one sister and their families, all in Connecticut. Funeral services and burial will take place in Connecticut.