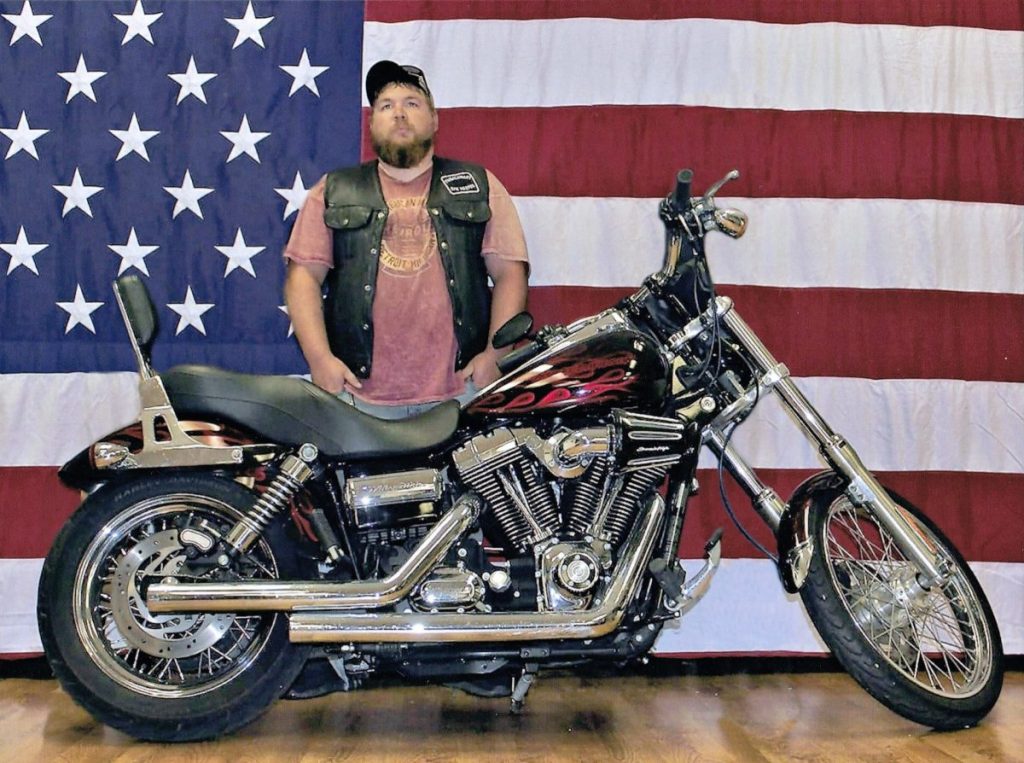 Dustin Allen Hollis, 26, of Hiddenite, passed away on Friday, October 25, 2019 as a result of a tragic accident.

Born to Charles and Donna Hughes Hollis on November 11, 1992, Dustin served with the US Marine Corp, was a driver for Zenith Furniture, and attended Freedom Baptist Church.

Dustin’s interests included motorcycles and anything automotive. He enjoyed hunting and being outdoors, but his passion laid in being a father to his two children and being a member of Six Keepers “VMC” Veterans Motorcycle Club.

Those left to cherish the memories of Dustin include his wife, Mercedes Treadaway Hollis; two children, Dixie and Raylan Hollis, all of the home; father, Charles Faron, and mother, Donna Hughes Hollis of Lenoir; father and mother-in-law, Bradley and Heather Treadaway of Hiddenite; a brother, Charles Dillon Hollis of Lenoir; a step-sister, Sylvia Crain of Marion; two brothers-in-law, Brad and Brandon Treadaway; along with a number of nieces and nephews; and a special aunt, Belinda Brown of Granite Falls.

Visitation for Dustin will be held on Tuesday, October 29, 2019 at Alexander Funeral Service from 1:00 p.m. until 2:45 p.m., with the memorial service following at 3:00 p.m. Rev. Donald Dula will be officiating.