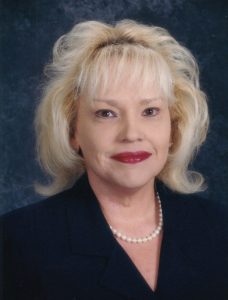 Reba Houser Yarborough, 58, of Summerville, South Carolina, went home to be with her Lord on November 7, 2019.

She was born to Ford and Edna Houser of Lincoln County. She earned the Doctor of Education degree from Appalachian State University. Reba was a life-long learner and a teacher of teachers. Her passion was focused primarily on first generation college students. She was an advocate for all students, but especially those who came from very little.

She taught grades K-8 and served in administrative positions from 1984 until 2013. From 2013 to 2017, she was a professor of elementary education at Charleston Southern University in Charleston, South Carolina. She also taught piano lessons, played piano, and directed choir for several churches at every opportunity she had.

In addition to her parents, she was preceded in death by her brother, John Keith Houser; and nephew, Ronald Lee Brittain.

Surviving are her husband, Rev. Marvin Yarborough; her daughter, Danielle Yarborough of Raleigh; her son, Rev. Phillip Yarborough, his wife, Chelsea, and granddaughter, Claire of Statesville. She is also survived by two sisters, Barbara Huffman of Charlotte, and Rebecca Brittain of Hickory, and several nieces and nephews.

Visitation for Reba will held at Alexander Funeral Service on Tuesday, November 12, 2019 from 6:00 p.m. until 7:30 p.m. A graveside service will be held at 1 p.m. on November 13, 2019 at Hiddenite Cemetery. Officiating the service will be Rev. Gary Jennings and Rev. Sam Craven.