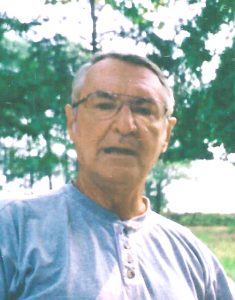 Frank Lowell Turman, 78, of Cleveland, passed away on Thursday, December 19, 2019 at Autumn Care in Statesville.

Frank was born January 24, 1941, in Iredell County, the son of the late Joe Frank Turman and Leona Hudson Turman.

Frank had worked for Burlington Industries for over 35 years until his retirement. He was of the Baptist faith and loved his family, especially his two grandchildren.

In his early years, Frank enjoyed playing baseball. He played American Legion ball for several years. He loved to garden and work in his yard, and he enjoyed riding motorcycles.

Including his parents, he was preceded in death by his wife, Katy Marlowe Turman.

Those left to cherish and honor his memory include his daughter, Yolanda Turman Prince and fiancé Jeremy Stuart of Hiddenite; two grandchildren, Emily Hope Prince and Elijah (Eli) James Prince; brothers, his twin brother, Joe Nowell Turman, Dewey Turman and wife Linda, Randy Turman, and Jeff Turman and wife Vicki, all of Salisbury; and a number of nieces, nephews, cousins, and friends.

A Celebration of Life Service will be held at 3 p.m., Sunday, December 29, 2019 at Adams Funeral Home Chapel. Inurnment will be in the Hiddenite Cemetery. The family will receive friends one hour prior to the service.

Adams Funeral Home and Cremation Services is honored to be serving the Turman Family.