Taylorsville folks have grown up to run successful businesses here, there, and everywhere. And it is only fitting that a daughter of Taylorsville’s well-known meat cutting family would grow up to go into the culinary arts — along with her soul mate — even though her dreams took her to the other side of the continent.

You see, California is where Courtney Mays Asseo settled down. Daughter of Mike and Denise Mays, of Taylorsville, Courtney left Taylorsville about age 21 to study theater. But the culinary arts are practically in her blood. Her father and her uncle, Jimmy Mays, operate Mays Meats in Taylorsville, a business begun by their father, Wayne Mays, over 40 years ago. Jim takes charge of production, while Mike handles sales and marketing. Courtney studied film acting at the New York Film Academy in NYC, and later graduated from the University of Nevada in Las Vegas with a degree in Theatre Studies. Being in that industry wasn’t easy, and she worked many jobs in bars and restaurants.

Courtney was working in Los Angeles when she met the man who would become her husband — Julien Asseo. 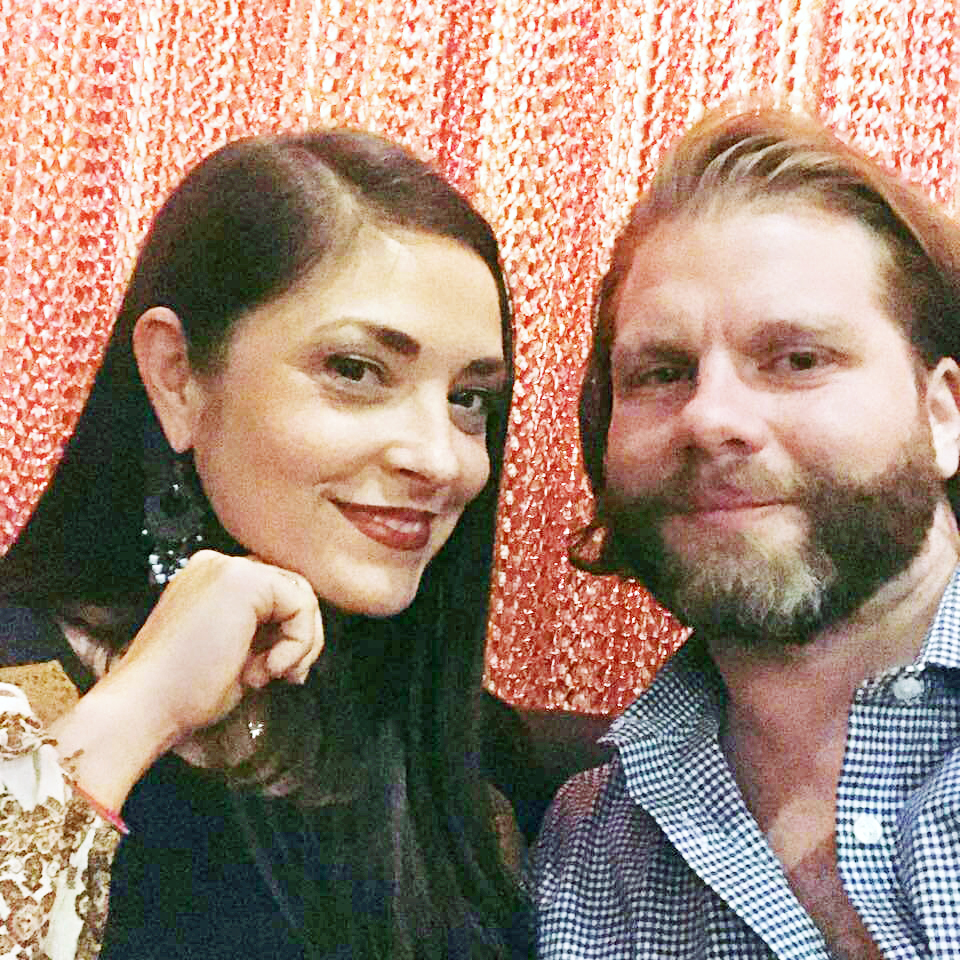 RESTAURATEURS IN PASO ROBLES — Courtney Mays Asseo and her husband, Julien, own and operate Les Petities Canailles (French for “The Little Rascals”) French bistro in Paso Robles, California. Courtney is the daughter of Mike and Denise Mays of Taylorsville.

Julien was working as a pastry chef in a restaurant in L.A. when the couple met. His father, Stephan Asseo, is a winemaker, owning the well-known L’Aventure Winery in Paso Robles, California. And as it turns out, Julien’s grandfather was a butcher, too!

Not long after Julien and Courtney met, Julien had a job offer in Las Vegas in 2008. Julien and Courtney moved to Vegas and lived there 11 years. Julien worked for Joel Robuchon for four years as a sous chef and then eventually became Executive Chef at Restaurant Guy Savoy, at Caesar’s Palace.

In March 2019, the couple moved to Paso Robles, near Julien’s parents. There, the young couple set up a restaurant of their own, and named it “Les Petites Canailles,” or “LPC” for short. The French phrase is a term of endearment, Courtney explained, referring to “The Little Rascals,” their two children: Margaux, age 2 ½, and Maddox, age 14 months. The couple co-own LPC and Julien serves as Executive Chef.

Paso Robles reminds Courtney of Taylorsville and the North Carolina foothills of her youth. Both areas have similar undulating hills, dotted with farms outside the urban centers. Paso Robles lies about 30 minutes from the Pacific Ocean. Both Paso Robles and Taylorsville are located at nearly the same latitude, too. She noted the California city is about the size of Hickory, NC. Courtney likened Paso Robles to a smaller version of Napa, conveniently located between Los Angeles and San Francisco.

LPC, which opened two months ago, features French bistro, farm-to-table dining, with emphasis on locally sourced foods from California’s Central Coast. (To show that it’s a small world, the very first week LPC was open, a group from Hickory dined there!)

The restaurant gives Julien the opportunity to flex his creative culinary muscles.

“We wanted to break away from the corporate atmosphere,” Courtney said. “We want everyone from an executive to a farm worker to feel comfortable in our restaurant.”

LPC has a broad range of clientele who dine there, and diners have even come from Las Vegas to visit Julien and Courtney’s new venture.

“Julien is really talented and loves to feed people. A lot of our dishes are large format, family-style. We want you to feel at home here,” Courtney explained. She noted that family photographs line the hallway of LPC to further enchance the atmosphere.

Julien, who was born in France, came to the U.S. when his family moved to California at age 10. At 16, Julien returned to France for his culinary education at the Lycee Hotelier de Gascogne, near Bordeaux. After finishing culinary school, he moved to Paris to work at La Fontaine de Mars as a commis, then chef de partie.

“I fell in love with food at an early age,” Julien recalled. “I decided to give it a try. I learned in France and then came back here and learned more about hospitality in my career. There is a joy and excitement to share the craft you do with others.”

When asked about what it’s like being married to a North Carolina girl, Julien said, “She introduced me to livermush. And she’s a good cook, too!”

If one wonders about the restaurateurs’ favorite dishes to eat, the couple readily has answers.

“Mine is beef cheek. It’s so moist and tender, melt-in-your-mouth and savory,” Courtney said. “And I like veal shank, and large format polenta, with its roasted vegetables.”

“I love sweetbread and wild mushroom,” Julien said. “Sweetbread is extremely creamy and delicious. I also like a perfectly roasted chicken.” Sweetbreads are the thymus, or the pancreas, from veal (calf) and lamb, and sometimes, beef or pork.

If you’re heading to central California, LPC is located at 1215 Spring Street, Paso Robles, CA 93446. The website is LPCrestaurant.com.